Google's approach to fitness has always been... lackluster. Google Fit hasn't received much attention lately, Wear OS lacks many of the tracking features that other wearable devices have, and the company's planned 'Google Coach' fitness assistant never materialized. Now it appears Google's solution to all of this might be to buy one of its largest competitors: Fitbit.

Reuters is reporting that Alphabet, the parent company of Google, has made an offer to acquire fitness company Fitbit. Fitbit hired the Qatalyst Partners investment firm to explore a possible sale a few months ago, and Google is the first reported company interested in buying. 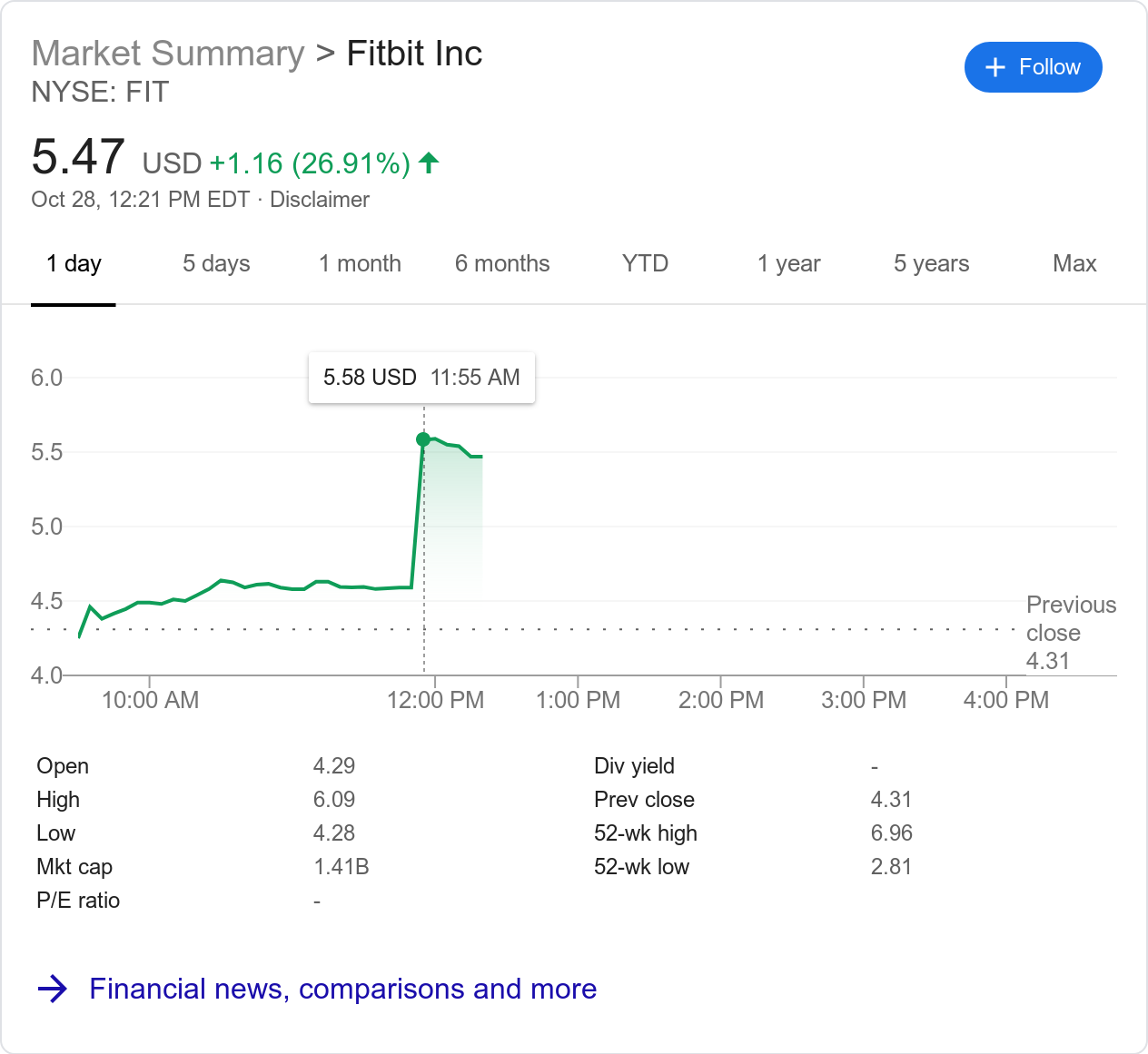 It's still not certain if the offer will lead to an actual deal, and the purchase amount is also unknown. Fitbit stock shot up 27% when the news broke.