Hello folks, Manuel here. You're probably wondering why I'm writing one of these 'Meet the new guy' pieces just now – avid Android Police readers like you have probably been reading my articles for quite a while now. But we've noticed that I didn't properly introduce myself, so this is it, finally.

I came to Android Police without much of a technological background but with a lot of enthusiasm for tech and especially Android, of course. I've started working here while I was finishing my master's thesis in media and culture studies in Düsseldorf, Germany, discussing the film aesthetics of tech YouTube channels. This could give you a hint at my second profession/vocation: videos and films.

First things first, though: My path to Android as my go-to platform has been bumpy. The first Android phone I owned, the HTC EVO 3D, had some display issues when it was cold outside. I returned it, but I wanted to give HTC another go with the One S. My particular device was plagued by a defect that slowed its radio so much you could be led to believe dial-up modems were fast and futuristic. 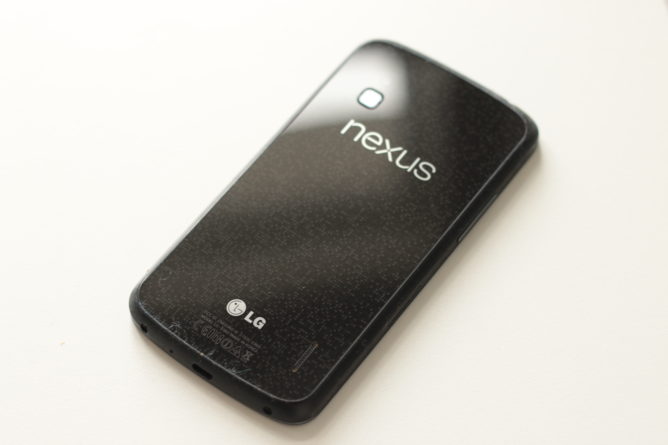 The rubber surrounding the frame of my Nexus 4 got all filthy and impossible to clean, but other than that, it's still a great looking device.

An iPhone wasn't an option for me back then, so my search continued and led me to the Nexus 4 (I think I may even have read the absolutely massive Android Police review back then). It's still a marvel of a device and was in many ways ahead of its time back in 2012. The phone's shimmering glass back looks like a glimpse into the future and can easily compare with flagships today. Stock Android 4.2 also was a beauty to look at after dealing with HTC's heavy customizations, and it's great this phone got updated all the way up to 5.0 Lollipop. All in all, I was sold on Google's vision for the operating system, and have stuck with its devices ever since (let's count the original Moto X as a Google phone). I have to admit that I'm eyeing OnePlus devices lately, thanks to the rather unreliable battery life of my Pixel 3, but this problem is not at all unprecedented in Google's hardware.

Here at Android Police, I'm part of the "night crew," as we call it, consisting of Hagop, Rita, Scott, and one of our newest members, Karandeep. We're in charge of keeping you up to date with the latest news while the US team sleeps. You see, what I love about Android Police isn't only our shared passion, but also how diverse our team is. The internet shrinks distances more drastically than any medium before it, and when you're working with an international team, this becomes even more apparent. While I'm German and remain based in Germany after a one-year exodus to the United States, we have people from France, India, Lebanon, the UK, and, of course, the US on board.

Since we're at it, I'd like to take the opportunity to thank everyone on the team. It's such a joy to work with them and I love that we're having so much fun in Slack. They also really whipped my writing into shape, which I'm very grateful for. I'm sure there aren't many publications out there in the tech bubble that care as much about style as AP.

My life doesn't only revolve around Android, though. Ever since I finished my degree earlier this year, I started getting more serious with video and film production, which is part of the reason why I moved to Berlin earlier this year (another admittedly much bigger motivation was my girlfriend). At the moment, I'm still using my first proper camera, the Canon EOS 70D, but for my needs, it still does its job just fine with the help of Magic Lantern. Alongside shooting videos, I'm also a script reader for the young talent department of the German TV channel ZDF. Naturally, I love going to the movies, too. 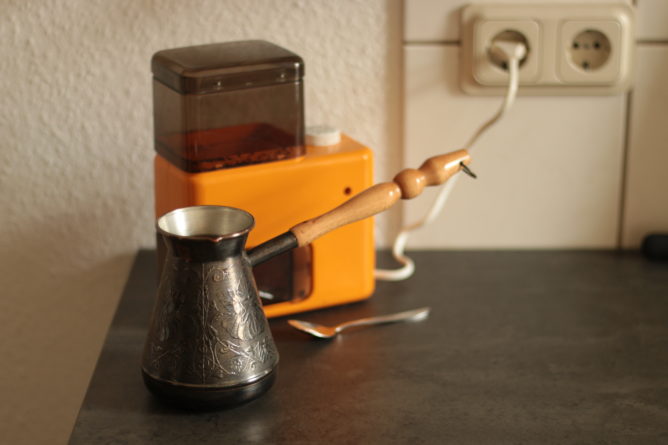 My coffee maker of choice, the cevze, with my grandmother's grinder lurking in the background.

I've also become a huge coffee nerd. While I used to drink coffee from simple (and wasteful!) capsules, I've since switched to hand-roasted beans and prepare my black coffee either right inside a cup, with a french press, or with a cezve, ever since my girlfriend introduced me to it (we call it by its Russian name turka, though).

Other than that, I look forward to writing many more articles while I sip my coffee and in between lengthy video editing breaks. I also hope to offer you more in-depth content going forward – I've got more time to work on pieces ever since that master's thesis was finished.

18 new and notable Android apps and live wallpapers from the last week including Walmart InHome ...