The G8 Plus and One Macro look like twins separated at birth on the outside — both have waterdrop notches and triple camera systems laid out in a similar fashion. Even the subtle, dark gradient finish on the back of each one is eerily similar. And yet there’s plenty to tell them apart on paper, including a £60 difference in price. Lets’s take a look at each one in turn. 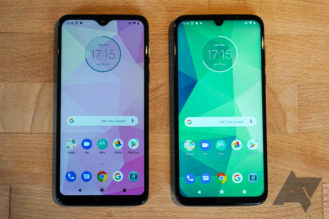 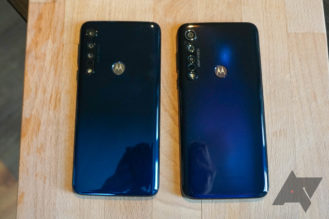 Gone are the days when Motorola would launch a simple Moto G phone, now they all come with some sort of suffix relative to their place in the lineup. If the Moto G7 series is anything to go by, the Plus will be the highest-specced and most expensive of the G8 range. It boasts a 48MP main sensor with what Lenovo calls ‘Quad Pixel’ technology — pixel binning to produce brighter 12MP images, in other words. The Moto G8 Plus looks to take the best bits from the Motorola One series and smush them together, including the primary camera from the One Zoom and the ultra-wide camera from the One Action that enables landscape video recording when holding the phone in portrait orientation. The other specs seem sufficient for a £229 (~$295) phone in 2019. 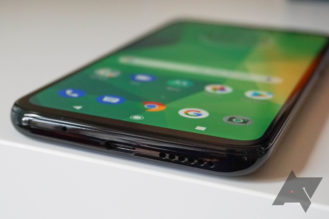 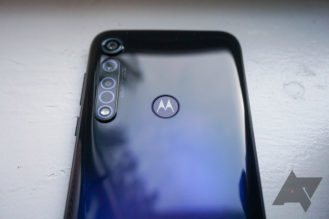 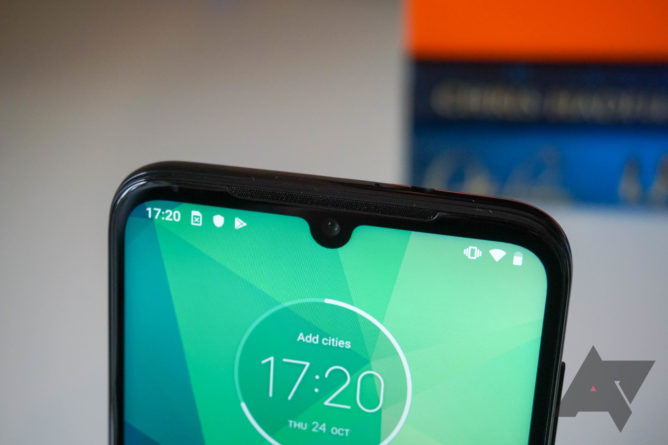 The design of the G8 Plus moves away from the circular camera bump and is more in line with the Moto One series. The construction is similar to the previous generation, with a glass back panel and a plastic frame, but the Cosmic Blue gradient colorway is a little more interesting that G series phones of the past. Despite the cheap materials, it feels nice in the hand is relatively grippy. Rather disingenuously, the laser autofocus sensor has been placed inside a casing that looks like another camera. The Moto logo dimple once again houses a fingerprint scanner, the top edge has a 3.5mm headphone jack, and there’s a USB-C port on the bottom. All of the buttons adorn the right edge. 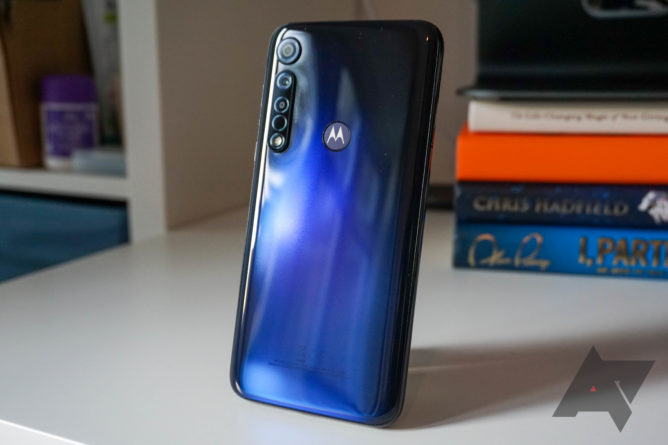 Last year’s G7 Plus was a surprising disappointment; the $300 phone didn’t do enough to justify the price tag in an increasingly competitive mid-range field. The model that launched in the US didn’t come with NFC either, for some reason. The G8 Plus does, but perhaps because there are no plans to launch it in the US at present. From my early impressions, performance is perfectly acceptable, and the screen seems a little brighter than on its predecessor — that’s reassuring as it was far too dim before. The display does suffer from a small amount of light bleed around the edges, but that’s to be expected from a lower-quality LCD panel. Whether it can regain its place as the king of the lower mid-range depends on whether or not the cameras work as good in practice as Motorola would have us believe they do.

This one may sound familiar to you, and that’s because it was already announced for the Indian market a couple of weeks ago. Lenovo is set on launching a phone inspired by just about every different type of camera lens, and this one is devoted to the super close up shots its name suggests. The dedicated lens only has a 2MP sensor, but that’s apparently good enough to get 2m away from flowers and insects — yes, those are the only two things you’re officially allowed to take macro photos of. Oh, and water droplets, of course. Motorola boasts that “no other smartphone today on the market gets you closer,” which is correct, but there are others that get you as close. 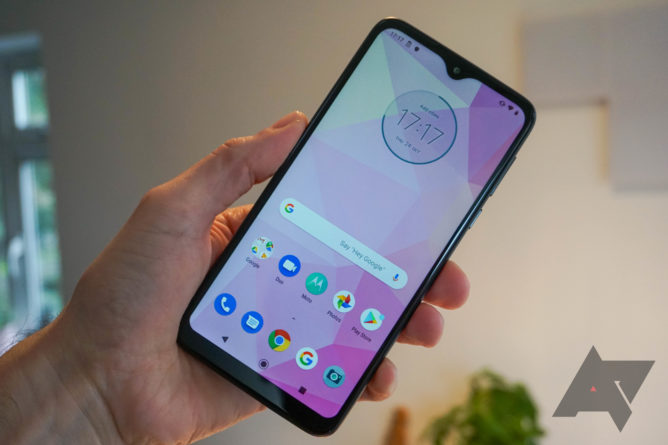 A lower price doesn’t come without some compromise in other areas — the Macro has a MediaTek processor, a 720p display, and it has a cheaper feel to it. Aside from that, it’s mostly the same hardware as the G8 Plus. With its headphone jack, USB-C port, and bottom-firing speakers all in roughly the same place, the physical differences are practically indiscernible. 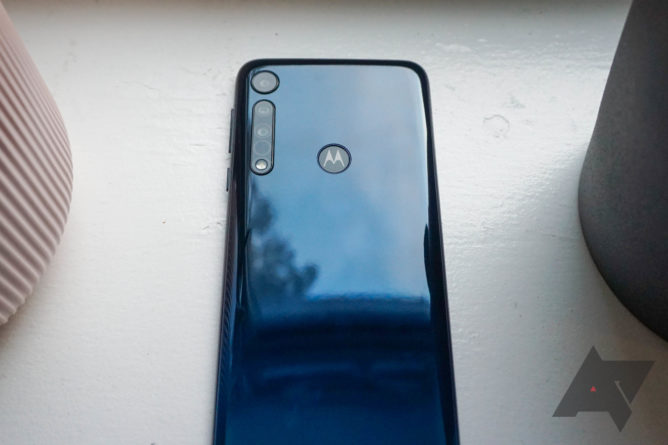 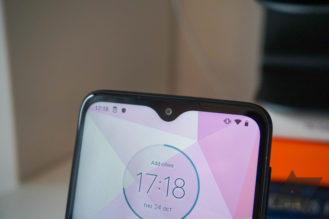 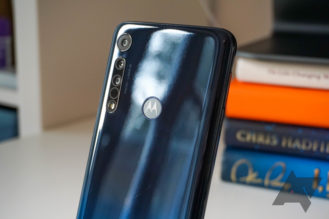 Battery life is clearly a priority for Motorola, as both of these phones pack 4,000mAh cells and promise up to two days of use. Both phones will ship with Android 9 Pie, but who knows how long it will be before they get bumped up to Android 10 — Lenovo’s track record with OS updates is appalling, so it could be quite some time. By contrast, HMD Global will have 17 of its Nokia handsets on Android 10 by Q2 2020, with many getting it even sooner, and that includes some very affordable models. Take note, Lenovo-rola.

The Moto G8 Plus is now on sale in Brazil, Mexico, and India, before coming to Europe at the end of the month for £229 /€269. The One Macro is already available for purchase in Brazil, Mexico, Australia, India, and Europe, and the price is £169 / €199. The E6 Play is only available in Brazil and Mexico right now, but it’ll arrive in Europe in November for £99 / €109. Last but not least, the G8 Play is on sale in some parts of Latin America, but there are no plans to bring it to Europe. I’m afraid to say, none of these is likely to be released in the US anytime soon.