Verizon confirmed yesterday that System Update 14, version VS98830a released on September 24, 2019 contains the standard Android Security patches for August 1, 2019, as well as a bump up to Android 9. Meanwhile, EU G6 owners have started getting their own Pie update, according to numerous reports on XDA and Reddit. 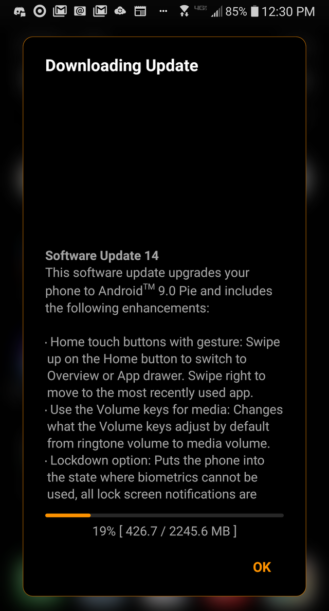 Included in this release are the usual Android 9 goodies, such as two-button gesture navigation, volume button media controls, screenshot thumbnails for immediate editing, a lockdown option to temporarily disable biometric sensors, and more. The Android 9 Pie update for Verizon is only available as an OTA, but you can download on WiFi or LTE. In the EU, users can download the OTA from the Android settings menu or via a computer with the help of LG Bridge.

LG's long-awaited Pie update for the G6 is ever-so-slowly expanding to be available though more carriers. One month after learning of distribution on Verizon, we've caught wind of the update starting to head out to users on AT&T. This new release is only for the H871 model, not H871S.