Google’s newest pair of flagships did away with a rear-facing fingerprint reader in favor of a more sophisticated face unlock. Password manager apps fall under the category that can benefit the most from its added security (arguable), and they’re indeed leading the way. Taking a cue from Lastpass, Enpass and Bitwarden have now joined the small list of password managers that support Pixel 4’s biometric authentication. 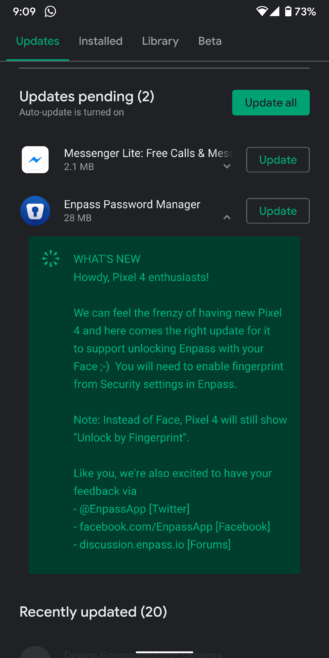 Face unlock is already live for the stable Enpass app, though as a half-baked implementation. While the app can authenticate using your face, it’ll still show the older biometric prompt reading “Unlock by Fingerprint.” This hasty execution can be forgiven as you’ll be saved from resorting to punching in a PIN or a lengthy master password before each use. The latest update carrying this feature can be downloaded right away from the Play Store.

Bitwarden, on the other hand, took a more cautious approach and enabled the Pixel 4’s face unlock only for its beta testers. An update for the app’s beta version was pushed a couple days back with the support for Android 10 biometrics. We got the confirmation from our reader whose Bitwarden beta app picked face unlock for authentications on his new Pixel 4 XL. You can join the app’s beta program from its Play Store listing, in case you’re interested in trying out the new authentication option.

It seems that face authentication got a thumbs up in Bitwarden’s beta testing, and is now rolling out to its stable app version 2.2.6. 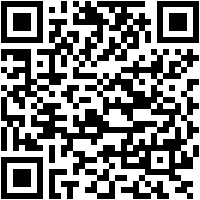 [Update: AT&T, too] Android 9 Pie makes its way to the LG G6 on Verizon and in Europe