The Swords of Ditto is an adorable cartoon Zelda-like from Onebitbeyond that was initially published on PCs and consoles by Devolver Digital in 2018, and we just learned that the game is coming to Android and that you can pre-register on the Play Store right now. This is a compact action RPG that sports a 9-hour campaign where you'll explore a dangerous overworld, delve into threatening dungeons, and improve your hero in a pleasant village. How you approach the game is entirely up to you, which means you're free to dive into the title's many dungeons in whatever order you wish.

Above, you can watch the gameplay trailer for The Swords of Ditto. As you can see, the title plays a heck of a lot like a Zelda game and even sports a top-down view. It's clear that the gameplay revolves around diving into many dungeons to overcome the evil that plagues the in-game world. Of course, unlike Zelda, The Swords of Ditto also contains some roguelike elements, and since you only have four days to save the world, time management is key. This means you'll have to learn how to advance through trial and error, perfecting each run until you beat the game.

We still don't know exactly when to expect the official release for The Swords of Ditto on the Play Store, and pricing isn't mentioned in the description. There is an Apple App Store listing available that lists a pre-order for the game at $5.99 with an expected release for October 24th, and while you should take these details with a grain of salt, this may be a clue that the official Android release isn't that far off.

It's my hope that the mobile release for The Swords of Ditto on the Play Store is a premium one, with no advertisements or in-app purchases in tow. While this is yet to be confirmed for the Android version, the fact that the iOS listing states as much is a good sign. So if you're eager to get your hands on the next Zelda-like slated for release on Android, feel free to pre-register through the Play Store widget below so that you'll receive a release announcement the day it arrives. 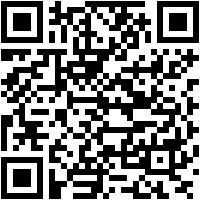 The Swords of Ditto is officially available on the Play Store

Earlier this week, Devolver Digital's latest mobile game The Swords of Ditto arrived on the Play Store as a pre-registration listing, but at the time, it was unknown when we could expect the official release. Well, it would appear we didn't have long to wait, as the game is now officially available on the Play Store, and it is a premium release. You can pick it up today for $5.99, and there are no in-app purchases or advertisements included. So far, user reviews have mentioned awkward controls, and it is clear that this is a demanding game, so you'll want to play on a device with modern specs. It's my hope that the challenging movement is addressed in the future, so it may be best to wait a few days to see if any patches come to light before spending any money on this release.

[Update: Now available] ROME: Total War - Alexander is coming to Android on October 24, and you ...