The Nvidia Shield TV is one of the most beloved Android TV devices thanks to a capable processor and stellar software support and updates. Its successors, the Nvidia Shield TV Pro and a TV dongle simply named "Nvidia Shield TV," have already leaked substantially, and now they're available for purchase at Best Buy before their official release. 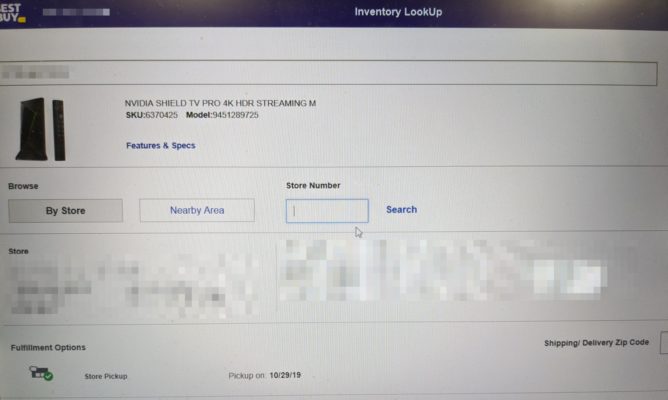 According to an anonymous tipster, the devices are supposed to go on display as of the 27th or 28th of October, but if you know which SKUs (stock keeping units) to ask for, you might be able to snag them up before their official launch date. To get the Pro right now, ask for the 6370425 SKU, and if you're interested in the dongle, ask if the 6370422 in stock. Since a few employees probably know that they're not supposed to sell them yet, your mileage may vary. Still, some people have already been able to buy the devices, as a report on Reddit and an article from Liliputing suggest. 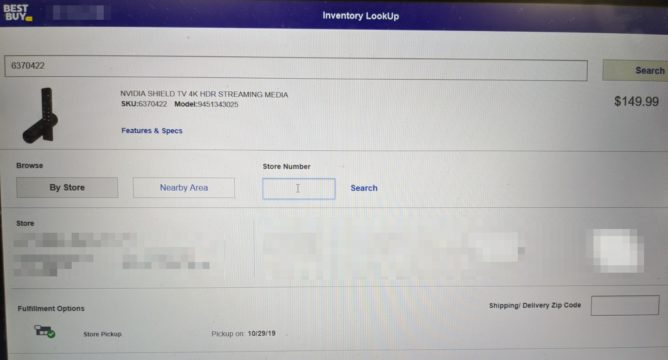 Thanks to the image of Best Buy's inventory above and our tipster's word, we can also confirm the previously leaked prices. The Shield TV Pro will go for $200 while the dongle will cost you $150. Don't be fooled by the "Pickup on 10/29/19" at the bottom, though. Our source says that they've asked about the release date and got October 27 as the answer, so if you don't want to jump the gun early, you won't have to wait long for official availability. Other than that, we already know almost everything about the devices from previous leaks. The Shield Pro looks mostly identical to existing models. A Tegra X1+ chip and support for Dolby Vision HDR are the most outstanding upgrades. The dongle is simply called "Shield TV" and comes with a USB-C port that lets you increase its meager 8GB of internal storage. It features Tegra X+ cores for upscaling alongside a Tegra Z1+ chip for general performance. Both devices will likely come with the same new triangular remote.

According to Redditors who've already purchased the Shield TV Pro or the dongle, the new remote also works with older Shields. Hopefully, Nvidia is looking into selling it standalone, so owners of last-gen devices can also enjoy it.