Tearing open an IP68 water-resistant smartphone with glass on both the front and the back is usually a daunting and difficult task due to the copious amounts of glue involved, as well as a bunch of cables and circuitry densely packed close to each other. Just ask the guys at iFixit who rated the Galaxy S10 with a dismal score of 3 out of 10 and gave the Pixel 3 XL from last year a 4 (a higher score indicates an easier to repair device). This disheartening trend continues with the new Pixel 4 XL which also scored a 4.

The Pixel 4 XL has even more stuff crammed inside than the outgoing Pixel 3 XL — an additional rear camera, infrared facial recognition hardware, and the Soli radar chip that powers gesture detection. Not surprisingly, the iFixit team butted heads with the usual suspects: strong back adhesive, short and delicate cables that can easily get cut during disassembly, and the motherboard that needs to be removed first before obtaining access to the front display. 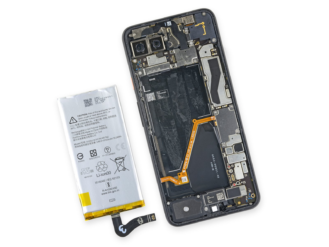 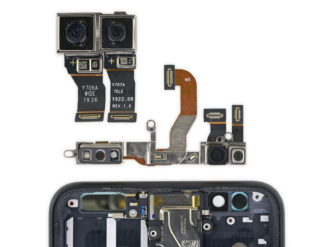 Despite the Pixel 4 XL's less than ideal score of 4, the iFixit crew had a couple of nice things to say about the teardown process: use of standard T3 Torx fasteners and presence of stretch-release adhesive on the battery that is repair-friendly. Plus, they made an interesting discovery — the Pixel 4 XL's 90 Hz display is made by Samsung. Curiously, Samsung has yet to put a 90 Hz display inside one of its own devices despite clearly having the ability to do so. For more pictures of the Pixel 4 XL's internals, head on over to their full gallery.