Google recently has revealed that sideloading Android apps on Chromebooks might be a bit easier for Android developers in the future, though it still won't be as simple as it is on an Android phone. Based on the news, which was first spotted by About Chromebooks, the feature may land as soon as Chrome OS 80, but the details currently provided make it clear this is a developer-targeted feature. In other words, you probably won't be installing Fortnite on your Chromebook any time soon.

The difficulty in sideloading Android apps on Chromebooks right now is one of the bigger complaints from regular users of the platform. Unlike normal Android devices, which can be configured to install apps relatively easily from sources outside Google's curated Play Store, Chromebooks are locked into Google's approved selection. There is a workaround that allows you to install apps from anywhere, but it's a tedious process that requires putting your Chromebook into developer mode (not just Dev Channel, there's a difference). 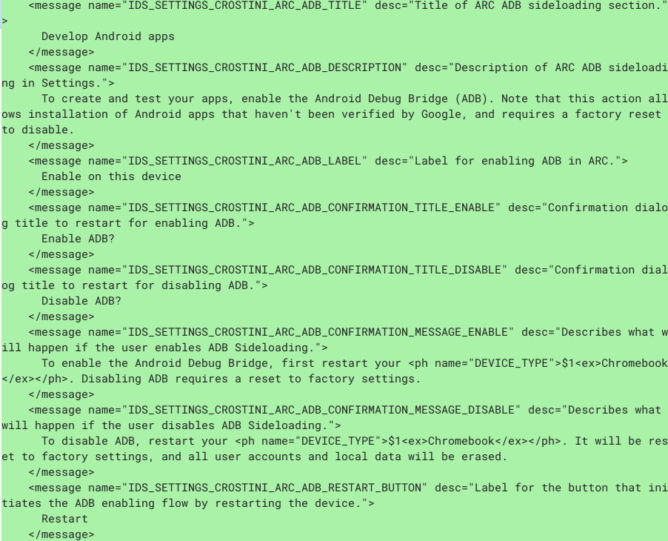 Some of the details associated with the private bug tracker item, which makes it clear this is tied to ADB sideloading, as used by tools like Android Studio.

This news isn't really a fix for this behavior, unfortunately. While it will allow for sideloading apps outside developer mode, some of the details dug up in the non-public bug tracker item by Kevin Tofel at About Chromebooks make it clear that this is for developers to use when sideloading their own in-development apps via ADB — it's meant more for debugging and testing apps on Chromebooks while in Android Studio than it is for installing Fortnite.

One of the most requested features in Chrome OS remains ignored.