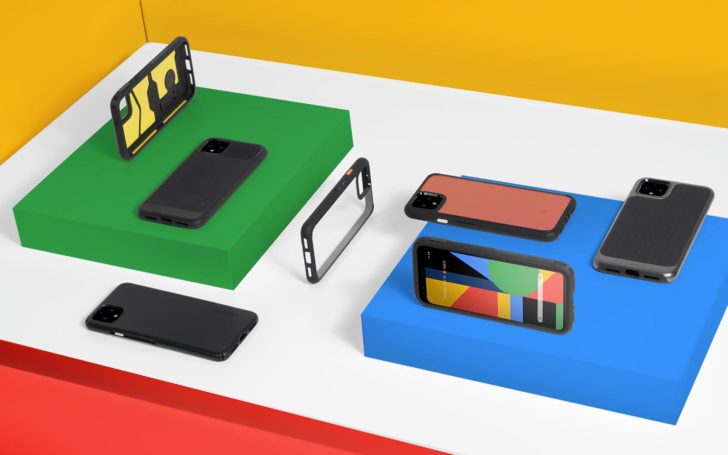 In what's sure to be a divisive move, Google has finally done away with the two-tone design that's adorned the back of each of the last three generations of Pixel phones. We're left with a minimalistic rear glass panel that's matte on the limited edition 'Oh So Orange' and 'Clearly White' models or a less appealing shiny finish on the black version. The square camera module may not be to everyone's liking, but the coated aluminum frame is easy to grip and feels nice in hand. 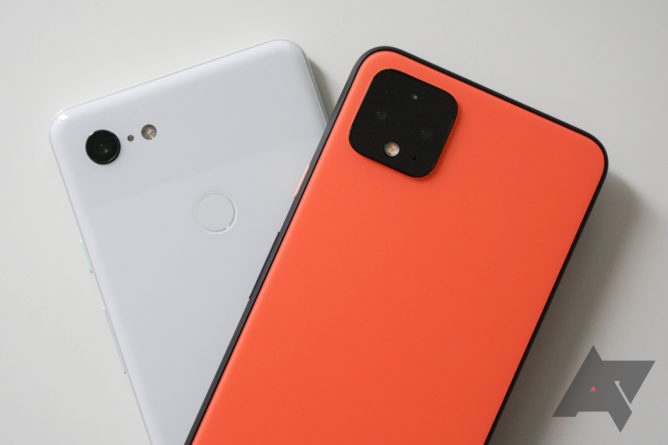 From the front, the Pixel 4 doesn't give the impression of being a super modern smartphone, with a sizable forehead and an asymmetric chin — bet hey, it's better than a silly big notch. At least the smaller and larger models are matched in appearance this time, and there's more than one reason for that forehead...

The jury's still out on the utility of the Pixel 4's hand-waving gestures, but there's no doubting that the underlying technology is impressive for a phone. Motion Sense enables the touchless changing of music tracks as well as the silencing of alarms and timers, and there are also a couple of more novel applications that have been designed to show off its capabilities. 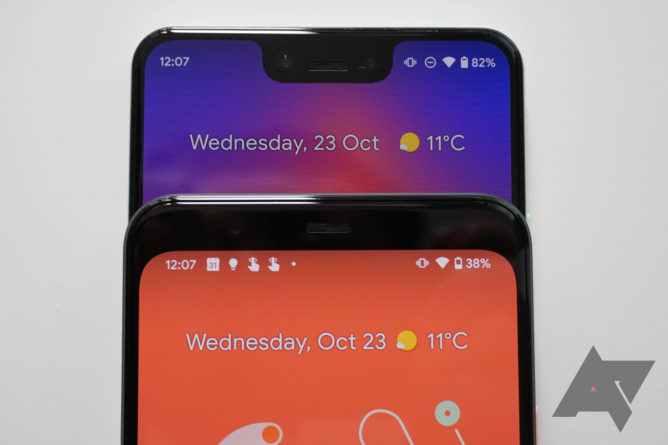 More importantly, Google's Project Soli radar chip is also used to speed up another feature new to the Pixel line this year: secure face unlock. After sensing that you've reached for the phone and are about to use it, Motion Sense readies the dot projector, flood illuminator, and IR cameras so that unlocking is super fast. Unlike Apple's Face ID, it works with your face in any orientation. In a less secure move, it also works with your eyes closed, but Google's planning to fix that soon. Sadly, just as Apple has done with the iPhone, the Pixel 4 doesn't include a fingerprint scanner at all. 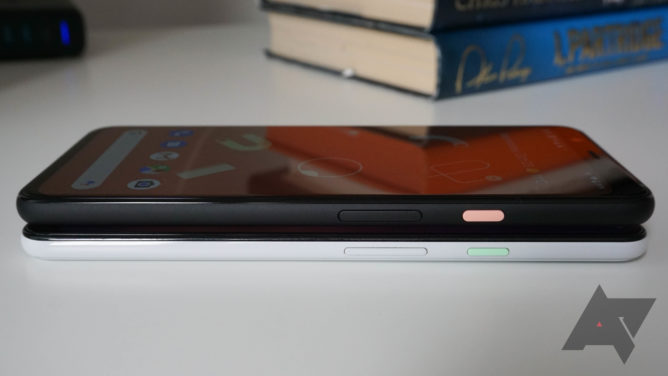 Since the OnePlus 7 Pro launched, a screen with a 90Hz refresh rate has been one of the most desired phone features, and it was a little bit surprising to learn that Google was adding one to the Pixel 4. In the interest of preserving battery life, it will intelligently switch between 60Hz and 90Hz (Edit: or not so intelligently, as the case may be), depending on whether or not you really need the extra smoothness. You can force the latter to stay on all the time in the developer options, though, at your own risk. 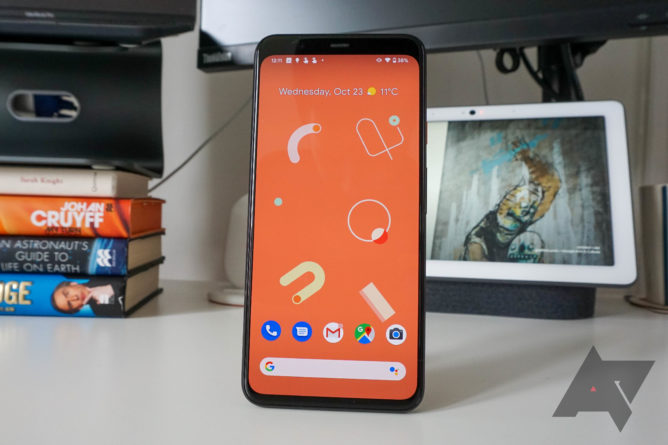 The other significant change to the display, aside from the fact that Google has used an excellent panel this time around, is the Ambient EQ feature. Just as it does on a Nest Hub, this feature adjusts not only the brightness but also the color temperature of the screen to match the room for a look that's more natural and easier on the eyes (think Apple's True Tone). 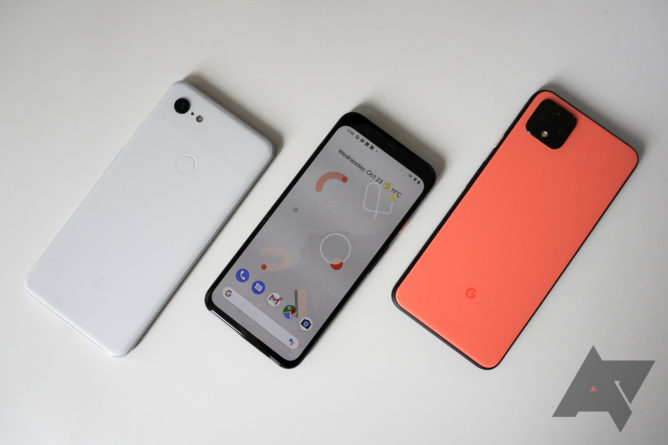 So Google finally added a second camera to a Pixel phone, but depending on who you ask, it's the wrong one! While most commentators are happy to see a 2x telephoto lens included on the Pixel 4, many more wish it was a wide-angle instead (or as well as), especially since most 2019 flagship contenders have opted for all three. Versatility aside, Google's image processing in still photography is still ahead of the pack, if only just. 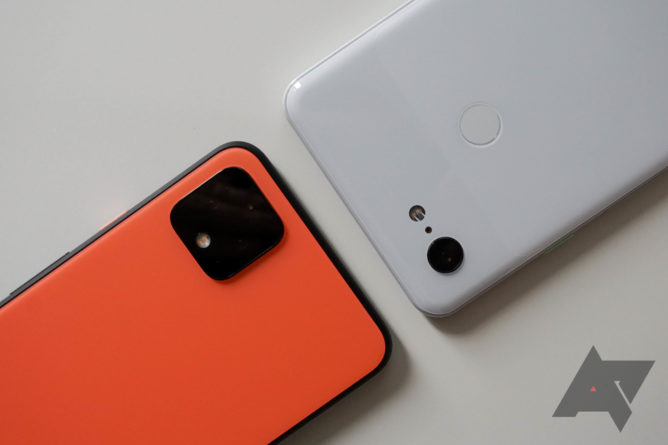 Other new camera features have also arrived this year, such as an improved Night Sight mode that now allows for astrophotography and dual exposure controls that let you adjust shadows and highlights separately. Live HDR+ in the viewfinder ensures that you know exactly what your final photo is going to look like before you take it, and Super Res Zoom is more impressive this year, thanks to the additional camera. Another smart feature learns who you often take photos of so it can help get them in focus more often, while a new social shortcut will appear every time you take a shot so you can share them more quickly. 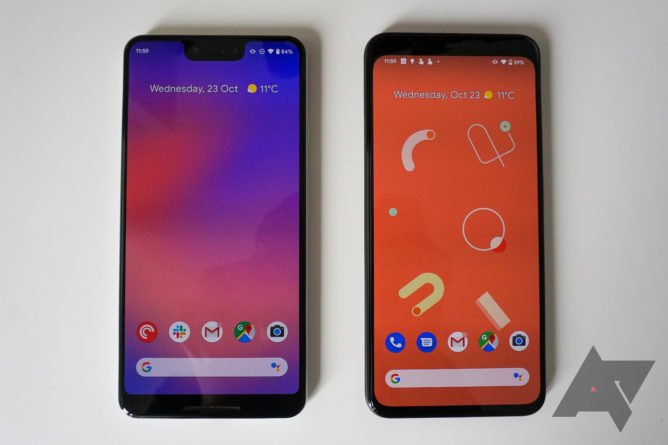 With the new gesture navigation enabled, the Google Assistant can be accessed by swiping in from the bottom right or left corner of the Pixel 4's screen, but that's not the only change. The new Assistant is powered by on-device data, which will make it much faster at responding to you and getting stuff done, even when you're not connected to the internet. Continued Conversation has also arrived, allowing you to keep stacking requests without having to say "Hey Google" each time. Responses will also be more contextual depending on which app you currently have open, and sending messages should be easier. 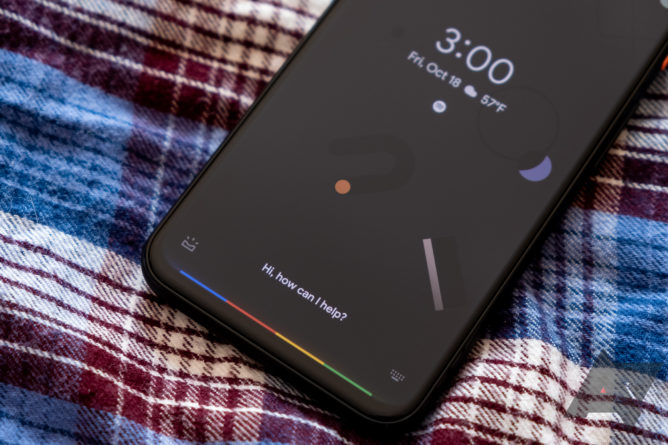 All of this is only available in the US English right now, but it will come to other English variants soon ahead of an eventual roll out in other languages. Those of you who use a G Suite account alongside your regular Google account on your phone will probably not be able to use the next-generation Assistant for a little while, either.

With the Pixel 4, Google is also debuting some other impressive AI-powered features. When you turn Live Caption in the power menu, it'll transcribe any audio playing through the device. The new Recorder app has the same trick up its sleeve so that you can capture lectures or meetings with accurate, searchable transcriptions alongside the audio recordings.

Another potentially life-saving new feature is the car crash detection capability of the Personal Safety app. If it thinks it detects a crash and you're unresponsive, it'll call 911 and alert the emergency services on your behalf (US only at launch). The cheaper Pixel 3a got Dual SIM Dual Standby support last month, and it's also going to work on the Pixel 4. Furthermore, Google Fi will use this to switch between networks faster for a more reliable data connection.

And what's going away?

It wouldn't be Google if it didn't take some things away, too, and the Pixel 4 lacks a few key features that were present on the Pixel 3. Much to the dismay of users everywhere, original quality photo storage is no longer being offered — you've got to pay a premium through Google One for that now (for which you get a three-month free trial to entice you in). The front camera on the Pixel 4 is has a fairly wide field of view, but not quite so much as the secondary one on the last generation, and you have to make do with only a fixed-focus lens now, whereas the Pixel 3's standard front lens had autofocus. 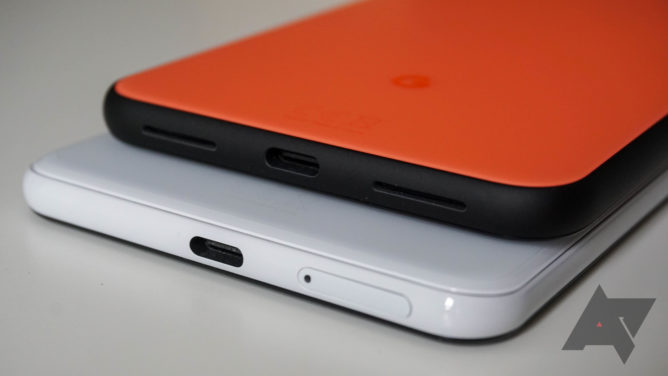 Front-facing speakers are no longer a key selling point — you now get one in the earpiece plus a bottom-firing one. They are still stereo, though, and they do still get pretty loud while sounding good. USB-C earbuds don't come in the box this time, either, although Google's excuse that they mostly end up going to waste is believable, and Google Store pre-order deals in the US have come with $100 credit that can be used towards a pair if you absolutely need them. I imagine many prospective Pixel 4 owners are using bluetooth audio products by now, however. 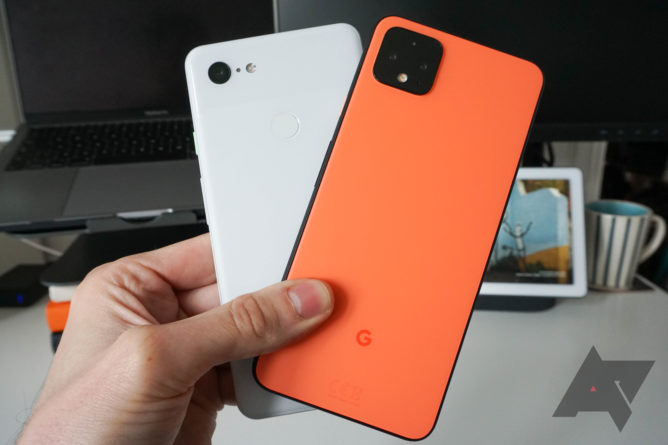 The Pixel 4 and 4 XL are undoubtedly impressive pieces of kit, about which you can find out more in our full review. If you want to know where you can buy Google's new smartphones, and on which carriers, that can be found right here.