The component of Android responsible for rendering web pages inside apps (login screens, simple browsers, etc.) is the WebView. It became a separately-updated component with Android 5 Lollipop, and then Chrome started to handle WebView entirely in Android 7 Nougat. Starting with Android 10, Chrome no longer serves as the system WebView... sort of.

An issue on the Android bug tracker brought attention to this change, as someone couldn't figure out why Chrome no longer appeared an option in the WebView picker (found in Android's Developer Options). A Google engineer explained that Android 10 uses a new implementation called 'Trichrome':

"Chrome is no longer used as a WebView implementation in Q+. We've moved to a new model for sharing common code between Chrome and WebView (called "Trichrome") which gives the same benefits of reduced download and install size while having fewer weird special cases and bugs."

Put simply, instead of the Chrome app on your phone pulling double duty as the browser and the WebView, it is once again just responsible for the browser part. WebView will continue to use a Chromium base, but it will be a separate app from Chrome.

Additional details from a Chromium project page explains that WebView will soon have multiple release tracks that developers can test with:

"For Android Q+, WebView and Chrome are again separately installed APKs. However, Google began building a separate package of WebView for each of the four Chrome channels: Stable, Beta, Dev, and Canary. Like with Monochrome, users can find each of these four channels of WebView on the Play Store and install them simultaneously on a single device. Also like Monochrome, users can use the “WebView implementation” menu to choose which installed WebView the system should use."

Long story short, Chrome is no longer the WebView on Android 10, but the WebView is still pretty much Chrome.

As previously promised, the different release tracks for Android System WebView — Beta, Dev, and Canary — are now available on the Play Store. You can find them at the links below. Thanks, Pete and Bernd! 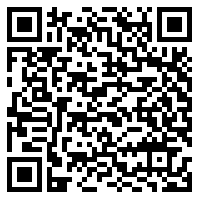 Try 'cal.new' or 'meeting.new' in your browser to add a Google Calendar event