The T-Mobile OnePlus 7T Pro 5G McLaren is the carrier's second 5G phone (following the Galaxy S10 5G) but its first non-mmWave 5G device to be rolled out. This means that in addition to tapping into the mmWave spectrum for connectivity, it can also tap into the 600 MHz spectrum, which offers better signal propagation and penetration despite having lower transfer speeds compared to 5G on mmWave. As of today, T-Mobile's 5G service is only available in a handful of cities across the country — six to be exact. If you happen to live outside those areas, the OnePlus 7T Pro 5G McLaren will operate happily on T-Mobile's 4G LTE network. T-Mobile claims quite ambitiously that it plans to cover 200 million people with 5G on 600 MHz before the end of 2019. Time will surely tell. 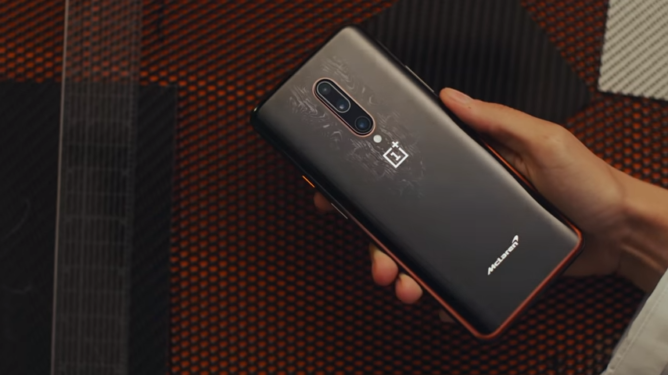 As for the phone itself, the 7T Pro McLaren distinguishes itself from the regular 7T Pro with an orange-and-black color scheme featuring McLaren's signature "Papaya Orange" color plus an extra 4GB of RAM (from 8GB to 12GB). The rest of the specs are identical, such as the Snapdragon 855+, 6.67" AMOLED screen, triple rear cameras, and 4085 mAh battery.

T-Mobile hasn't announced pricing or availability yet. There is, however, a pre-registration page for notification.