Anker has become popular by building reliable, yet affordable products. It's recently focused on making more upmarket products, which are naturally priced higher than usual for the brand. The Nebula division is famous for its projectors, including the Capsule, Mars, and Prizm series. It's now working on a new high-end lineup, including a 4K UHD projector.

The new Cosmos series includes two projectors, the Cosmos and the Cosmos Max. The first one offers a 1080p resolution, while the Max scales that up to 4K. Both are designed to provide great imaging and sound, thanks to their high brightness — up to 1500 Lumens on the Max, HDR10 imaging, and immersive sound experience with Dolby Digital Plus 3D audio.

They're built with simplicity in mind and don't require complex settings: Their autofocus and keystone correction features take care of image adjustment, so you can focus on watching content instead. You'll also be able to turn your living room into a home cinema, as the maximum picture size can go as high as 150 inches. There's even an option to mount them on the ceiling for a fully immersive experience. 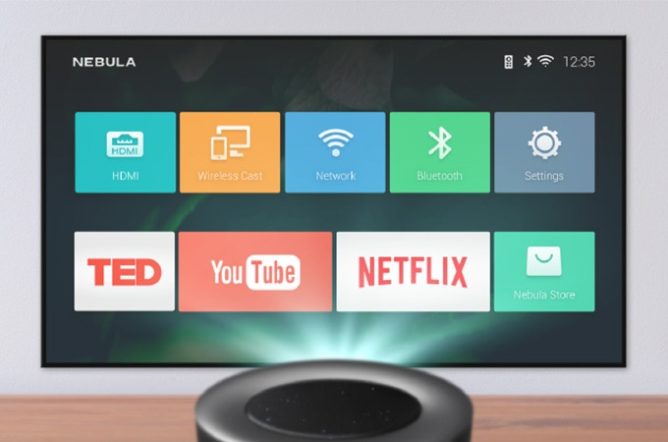 When it comes to controlling your projector, you'll be able to use the included remote or the dedicated iOS or Android apps. Sadly, there's no mention or Google Assistant or a microphone, which would have taken things a step further.

If you're interested in one of these new projectors, Nebula just launched the official Kickstarter campaign, where you'll be able to back the project. If you're willing to do so now and wait until April for your delivery, you can save $270 on the Cosmos or $700 on the Cosmos Max, bringing their prices down to $429 and $999, respectively. You can also get a further $100 discount if you've already purchased a Nebula product, making them quite affordable. Lastly, Anker is offering a 10% cashback if you spread the word and get your friends to back the project.

Below are the full specs for both projectors, which are expected to be the final ones, as mass production is scheduled to begin in January 2020:

Ring's new Plug-in, Battery, and Solar Stick Up Cams are available for purchase on Amazon