The original Home Mini was a home run, delivering Google's then-new Assistant experience with both a tiny package and price. That legacy leaves the Nest Mini with big (small?) shoes to fill, and this little Nest-branded smart speaker delivers, raising the bar when it comes to the entry-level Assistant experience. But, there's no reason to replace a house full of Home Minis just yet. If you've seen the Home Mini, then you've basically seen the Nest Mini. One would be hard-pressed to tell the difference in person without flipping them over — though there is actually a subtle visual difference in the fabric topper. The new Nest Mini has a slightly more pronounced texture, and it's made out of recycled plastic bottles. 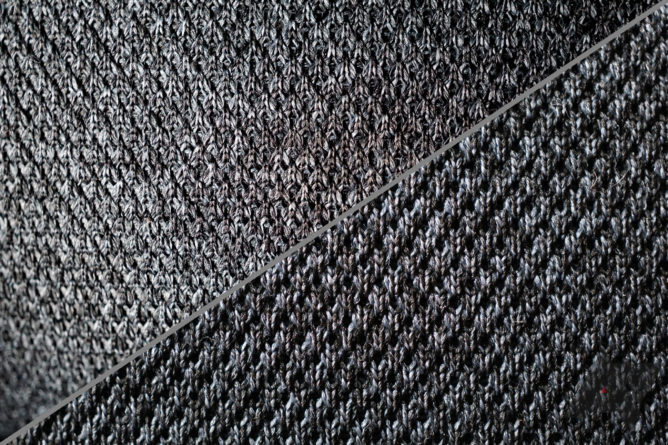 On top, you've got invisible capacitive touch controls, with play/pause in the center and volume up and down to the sides. Although a Google engineer initially told us the play/pause control could also be used for Assistant activation at the launch event, the capacitive control does not trigger voice controls. It can also be a tiny bit hard to tell where to tap to turn the volume up or down since there are no visual pointers to follow at a distance. However, it does light up indicators when your hand is within an inch or so to let you know where to tap (though it didn't always work in my testing). 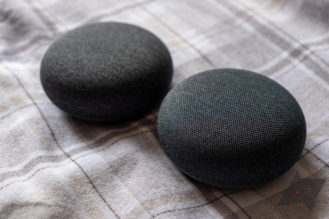 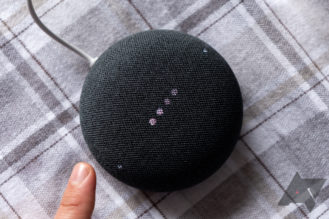 If I were to nitpick, the touch areas for each control were a bit too small, but it's a minor complaint. My bigger grief is that the volume controls end up being reversed from what you'd expect when it is mounted on a wall in the correct orientation: the left button ends up being volume up and right is volume down. You can fix this in the Home app in the device settings section, but I'd prefer to see it detect that orientation and switch the controls automatically. 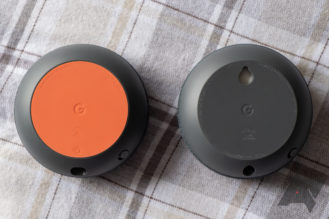 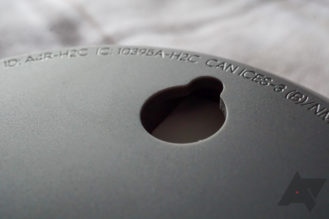 On the bottom, the new Nest Mini features a one-piece rubber base, rather than two in the Home Mini. It's a single solid, flat-bottomed cup that doesn't slide around or skid. It's got three holes: one for the microphone switch, one for hanging it up, and one for power (via a DC barrel connector, no Micro-USB or USB Type-C here). 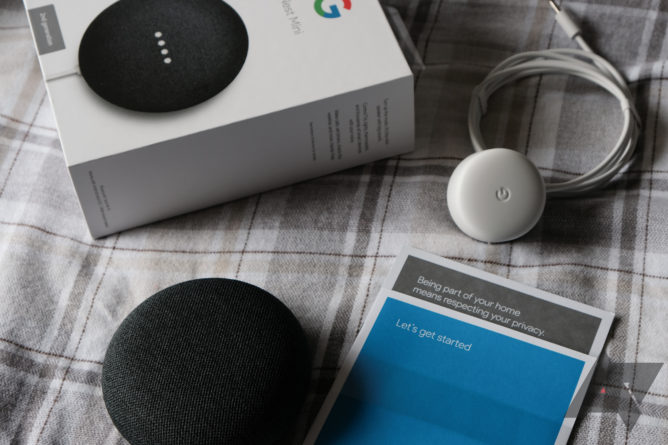 In the box, you've got the expected warranty/manual that you'll inevitably ignore, the power adapter/cable, and the speaker itself. That's it.

It doesn't just look similar, the Nest Mini is also a "better" version of the Home Mini when it comes to audio, too, getting much louder (Google now claims twice as loud) with an overall improved sound. This won't compare to bigger, more expensive speakers like the original Google Home, but for $50, it sounds pretty good. You will need to be careful that you don't turn it up to high, though, as it's prone to a bit of distortion at the highest volumes. But it doesn't sound tinny, as you might expect, given the size.

Bass is stronger than it was on the Home Mini, but there's still no real low-end bass compared to bigger speakers. I think it has a sweet spot at around 50% of its volume, where the trade-off between loudness and audio quality is best. Too low and you lose all bass, too high and it starts to sound muddy. For the price and size, though, these are very nitpicky complaints. The sound quality is great for a $50 speaker, it just also gives you the extra flexibility to crank it when you need to.

Although we couldn't test it (we were only sent one unit), the Nest Mini also supports stereo pairing. That means that two Nest Minis can work in concert to provide even better, dual-channel sound. This feature won't work with existing Home Minis, and given the difference in volume between that old model and the new Nest Mini, it would be pretty imbalanced if it did.

Yes, and it's definitely worth $50, but I wouldn't go out and upgrade all your existing Home Minis. As a new device, this is a perfect but incremental improvement over the previous model, and I look forward to seeing this even better speaker bundled together with future deals across the internet. But the changes are slight enough that, unless you specifically want or need one of the new features (like stereo pairing), you can probably stick with what you've got.

You don't need to be an expert to get the speaker working in your smart home, either. The setup process for the Nest Mini is identical to every other Assistant-powered smart speaker out there. In short, you download the Google Home app and follow a series of easy prompts to configure the speaker up for your wireless network, give it a name and room, and so on. Managing your smart home might get hard once it's loaded with gadgets, but setting up the speakers to control it is pretty easy. 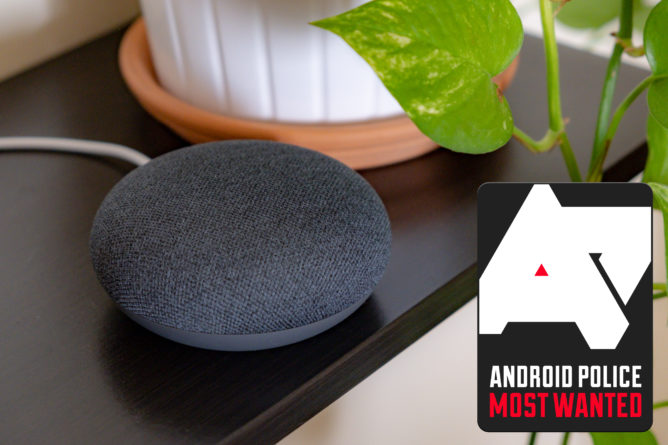 Although I didn't initially notice a substantial difference in the speed of actions and responses from the built-in machine learning chip, over time the difference was palpable and much faster. Not only is it more convenient, but it can potentially save you a bit of data in the long run, performing more operations on-device than in the cloud.

In general, the Nest Mini is a clear and obvious purchase I'd recommend to anyone, from those looking to plug voice-controlled gaps in already extensive smart home coverage, to first time purchasers looking to wet their toes tentatively.