The dev, who goes by AndroidDeveloperLB in most places, took to the AndroidDev subreddit to vent his frustrations about the email notifying him that App Manager — with nearly 1 million downloads recorded, he said — was being delisted and that his ability to publish apps was being suspended because the app violated a Malicious Behavior policy.

The email came with a collage of screenshots indicating what the apparent infraction was:

"So, they went on my app to a screen that shows APK files on the device," installed an app that has Phone permission (with user confirmation of course)," the developer wrote, "and ... that's the reason?"

The app, as designed, is meant to single out APKs from other file types to allow users to either install ones they've downloaded or may have forgotten about or to delete latent ones or unused ones from OEMs. This also means that any apps meant to be installed would need their associated permissions granted. If it were any other file manager, it would be a garden variety affair.

On the Malicious Behavior policies page, the most relevant stipulations here would be:

However, as the user is fully aware that they trigger the installation process for the APK they want to load and that the file is hosted directly on the device, those points seemingly should fall away.

Along with AndroidDeveloperLB's ability to publish apps, he has also apparently been barred from updating App Manager to rectify the problem. The suspension has also cut off revenue from the ads he runs from AdMob. He has filed an appeal to turn over his suspension. 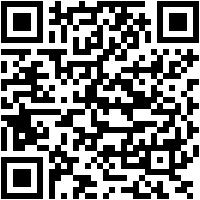 It seems that AndroidDeveloperLB's appeal has gotten him somewhere, according to edits to his original Reddit post: Google Play developer support sent a response email telling him to edit the title of his listing in order to be able to submit an update. The "Resubmit App" button remained grayed out before the developer did as he was told — it then turned blue.

A source tells us that if the Play Store lifts a developer suspension, it updates the status of their apps to "removed," requiring a resubmission.

In the hours since, LB said Google is reviewing his submitted update and that App Manager remains off the Play Store for the time being — he has, however, provided a server link to sideload the app. Questions remain as to if or when he'll be able to reinstate his AdMob account and if those who made in-app purchases to remove ads from the app will need be affected by all this change.

AndroidDeveloperLB now reports that his app is back up on the Play Store with ads being served from AdMob — our Play Store widget below should now be populated with the right information. He's still dealing with support on being able to access his funds, but after a rocky 24 hours and change, things are back to normal. It did not have to be this way, though.

Google has been opaque if not giving at all about details as to what was accounted as a policy violation. Other developers have commented with their own app suspension experiences — one of them had their appeal closed before they got their product reinstated.

Nest Mini review: No need to wait for a freebie, it's worth your $50