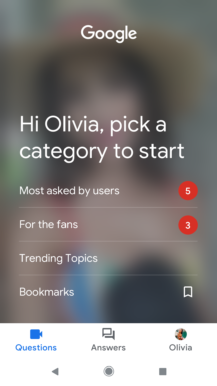 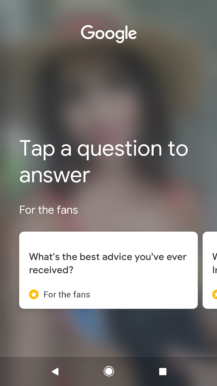 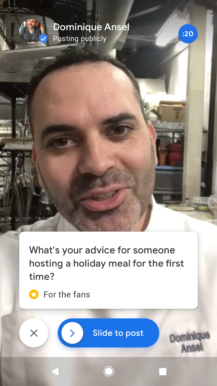 Last year, Google launched the Cameos app for iOS, introducing a way for celebrities to respond to their fans. The app itself doesn't really impact most of us directly — unless you're actually a celeb. It's designed to feed questions to the user so they can record short video responses, after which they can be posted directly to Google to appear in search results and Feed.

Cameos on Google lets you be the authority on you. Record video answers to the most asked questions on Google and then post them right to Google. Now, when people search for you, they’ll get answers directly from you.

The Cameos app is really only intended for people in the public eye, or those that represent them. Google is accepting applications through the app, asking basically just for a name (and relationship if you're representing somebody), email address, and a phone number. However, Google did include a demo mode to us lay people can get a taste of how the app works, but it's not much more than a simple sandbox experience.

I have yet to see these types of videos appear, but with the release of this app on Android, perhaps we're due to see a push forward. Screenshots suggest the questions can range from personal subjects about somebody's life and history, or venture into expert advice and guidance. Responses will appear in search results on Google and in the Feed, presumably just for people that have been identified as fans. Maybe we're due for something reminiscent to YouTube videos like the WIRED Autocomplete Interview, or at least a more prominent rollout of these short video responses. 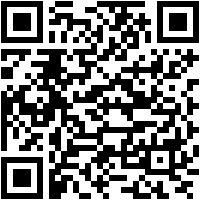