Tipsters have emailed to let us know that their Pixel 4 orders' status has been changed. Whether on Verizon, Amazon, or the Google Store, the phones appear to be shipping earlier than expected and delivery is scheduled for October 21 for several of them. Others have had it pushed up to October 22 or 23, also before the original ship date. 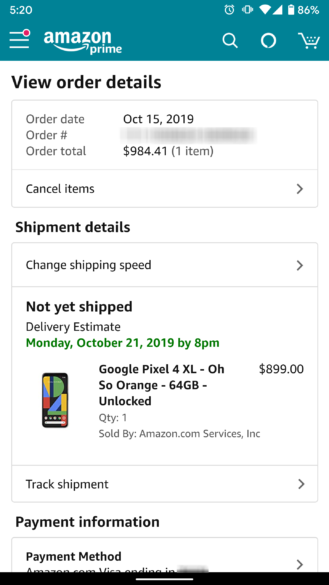 Multiple reports on reddit confirm this too, a sign that delivery and fulfillment are hopefully going on smoothly. Let's hope they continue to be swift so all those ridiculous multiple-month ship estimates for people ordering the phones now get reduced.