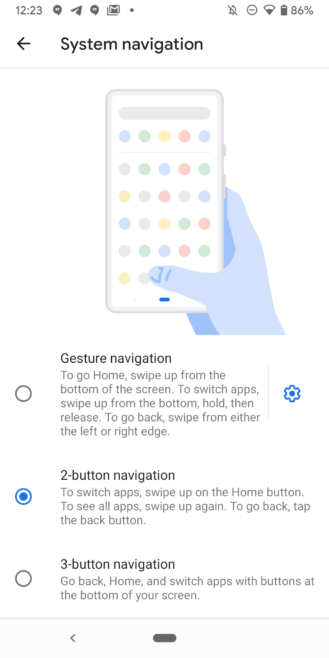 While about 11% of our readership preferred Pie's gestures over all other options in a recent poll (which was conducted before Android 10's implementation was finalized), it makes sense why the option is missing on the newest Pixel. Google likely wants to put all previous attempts at gesture navigation behind it, especially since the company believes the latest version is much better.