We've been seeing leaks pointing to a new Nvidia Shield TV for a while now, and today, we've received confirmation: a listing appeared on Amazon for the Nvidia Shield Pro this morning. Upgrades include the inclusion of the new Tegra X1+ chip and support for Dolby Vision HDR. 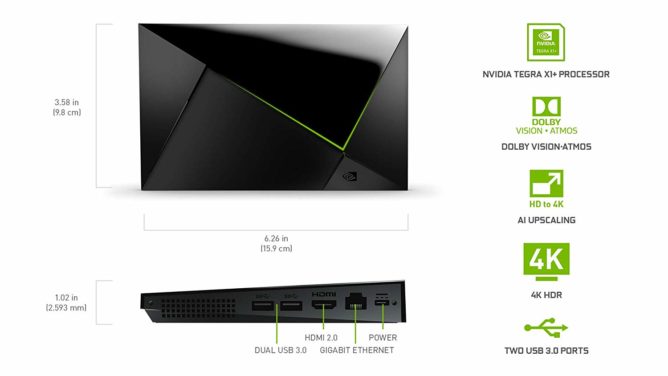 Physically, not much seems to have changed. The Shield Pro is strikingly similar to existing Shield models, with the same angular design and decidedly gamer-y glowing green accent. There is a new, AAA battery-powered remote, though, with motion-activated backlit buttons and an IR blaster for direct TV control. The capacitive volume strip seems to be gone, as well. 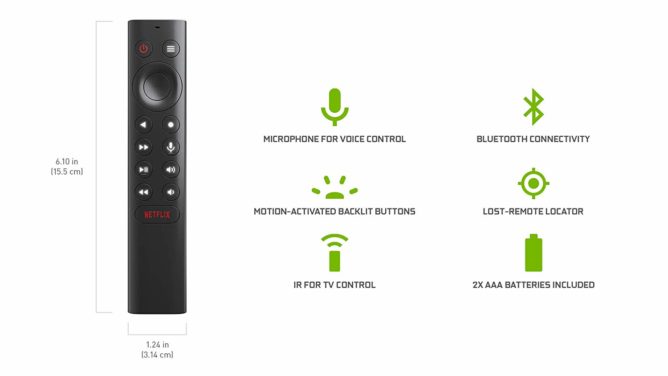 The changes you can't see are more significant. The Pro evidently packs a Tegra X1+ chip, which provides a modest performance boost versus the Tegra X1 used in previous models. Support for Dolby Vision HDR is a big get, too.  It'll be $20 more than the current model at $199, if the listing is to be believed. Amazon has since removed the page, but the (now-inactive) link is below anyway.