ETnews reports that Samsung Electronics and Samsung Display have decided to use UTG technology in their next foldable device in lieu of the transparent polyimide (PI) that was utilized in the Galaxy Fold. Unlike transparent PI, which is basically plastic, UTG is tempered glass that offers higher scratch-resistance despite being less than 100 micrometers thick — not to mention that glass should look and feel a lot better. Due to higher production costs, lower yield, and fragility compared to transparent PI, Samsung may decide to stick with transparent PI at least one more time for its next foldable phone.

In regards to screen size, Samsung is said to be considering 6.7" because it wants to focus on portability rather than going for the largest screen size possible, like on the Galaxy Fold. 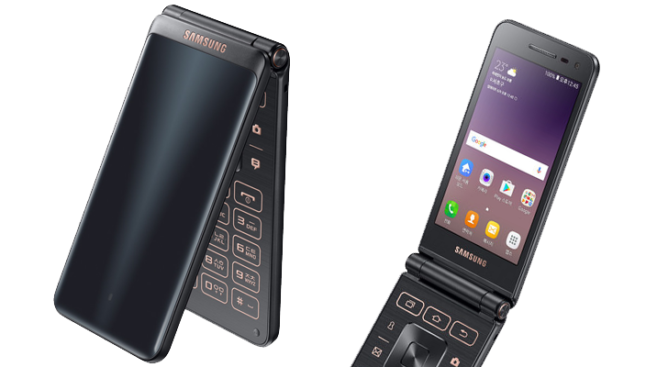 Example of a phone with a clamshell design.

It was also revealed by ETnews that the Fold 2 might have a different form factor than its predecessor — a clamshell design rather than the book-like Galaxy Fold. This means it would fold at the center horizontally and feature a screen that is longer but narrower than the first-gen model.

SamMobile reports that there will be at least three different color choices available at launch: white, black, and purple. By the time the Fold 2 becomes official, those will likely be named in a fancier way, such as "Cosmos Black" or "Martian Green."

With all the hiccups Samsung had with the Galaxy Fold, the launch of a successor will hopefully be much smoother. If Samsung truly wishes to expand and dominate the still-niche foldable market, then the Fold 2 will have to be just as durable as its non-folding devices and cost way less than what's it's charging now for the Galaxy Fold.