Adobe Acrobat proudly holds the title of the most popular PDF reader out there, but its app for Android phones missed full-fledged editing options until recently for some reason. The software giant pushed an update to version 19.8 this week trying to address this shortcoming, but the implementation won’t be appreciated by all. These PDF editing features will only be available to users willing to pay Adobe a monthly fee that can set you back $120 each year.

These editing chops brought to Android phones are the headlining feature of this app update. Basic alterations like changing text, formatting, and resizing images can now be done right from your handset. Google Drive app for G Suite users also recently received a similar set of PDF editing skills. Besides this, you can now star frequently used files to quickly access them without the need to dig deep into a pile of folders. The option to auto-zoom into the selected field will come in handy for people dealing extensively with digital forms. Also part of this update are a couple of regular improvements that have been detailed in the changelog below:

WHAT'S NEW
• Edit text and images in PDFs on your phone, from anywhere. Editing features are included with an Adobe subscription.
• Star a file to quickly find later.
• Fill forms easily and quickly with form field auto-zoom.

The only downside here is that the PDF editing features will only be available to paid subscribers, which isn’t particularly surprising given Adobe’s similar approach with other platforms — both desktop and mobile. You’ll need to shell out a minimum of $9.99 per month with the in-app PDF Pack, and if you require cross-platform compatibility for Windows and macOS, the monthly charges will go up to $14.99 with an annual commitment. For a basic PDF editor, even the lowest-tier subscription cannot be justified; you’re better off with one of the many free or single-fee apps available on the Play Store.

Do note that the $120 annual price is for Adobe Acrobat’s PDF Pack, which includes a few premium features in addition to the newly introduced editing capabilities. As shown in the screenshots above, the paid tier lets you, among other things, convert documents and images to PDF format, export PDFs as Word, Excel, or PowerPoint files, as well as combine these files. 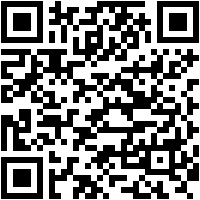