Samsung has big ambitions when it comes to mobile phone-based payments. After successfully launching the Samsung Pay digital wallet app in 2015 and continually improving it with new features like Samsung Pay Cash and Money Transfer, it now has its sight set on the mobile point of sale (mPOS) market with its new "Samsung Point of Sale" system — or Samsung POS, for short.

To begin using Samsung POS to accept mobile payments, merchants will go to either the Galaxy Store or Play Store to install the Samsung POS app (called Samsung Pay Touch in the URL). After registration is complete, the merchant can start accepting debit and credit payments on their NFC-capable Samsung mobile device from sources such as contactless cards, Samsung Pay, Apple Pay, and Google Pay digital wallets. To make the process seamless and quick, no dongles, cables, or other additional hardware are required.

Samsung POS works with Mastercard and Visa and although it's not mentioned specifically in Samsung's press release, security is most likely handled by Samsung Knox.

After a successful trial run of Samsung POS in Canada earlier this year, Samsung POS has begun worldwide deployment starting October 15, 2019. Despite such an announcement from Samsung, however, the Samsung POS app on the Play Store is currently unavailable for download in the US, with rollout likely coming in stages. 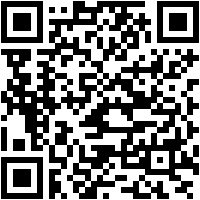