Trade-in offers aren't always the best value, though sometimes companies are willing to subsidize the discount you get just to put you in their ecosystem or reward you for sticking around. Based on the trade-in values that Google is offering for previous Pixels, though, it seems the company couldn't care less about brand loyalty. Right now, a mint condition 128GB Pixel 3 XL gets you just $295 in value toward a Pixel 4 pre-order. For folks that paid $1,000 last year, that stings. 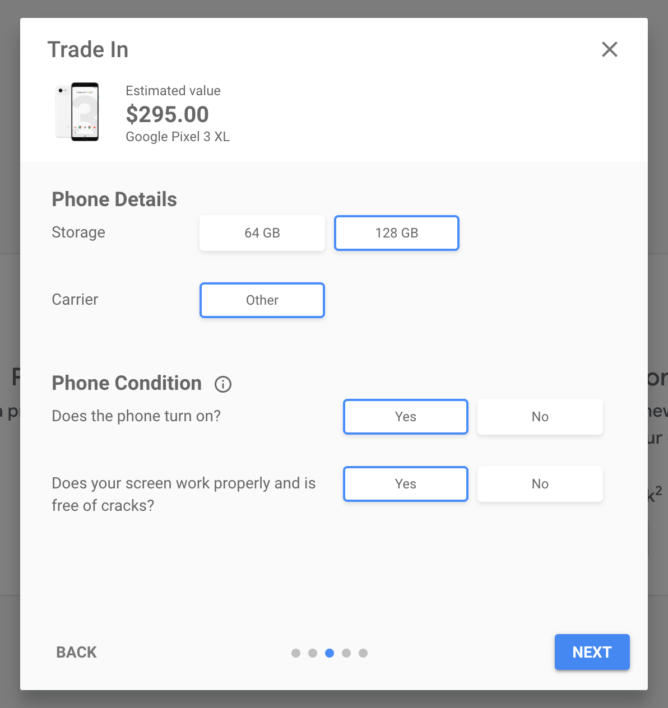 Maximum trade-in value for the Pixel 3 XL at the Google Store.

In comparison, Samsung was willing to give Pixel 2 owners up to $300 for a Note10 after launch, with the Pixel 3 and 3 XL snagging a massive $600 discount. At the time, we were even critical that Samsung was stiffing Galaxy S9 owners by offering "just" $300 for the year-and-a-half-old phone, and the company raised that to $350 following the community's response.

Google's trade-in values don't just pale in comparison to its competitor's offers, they're outright robbery once you consider used prices.

These are best-case trade-in values.

The very most Google will offer for the older version of one of its own phones is an "estimated value" of $295 for a pristine 128GB Pixel 3 XL. That's a device that sells for $350-400+ based on condition/quality at venues like eBay and Swappa, and even Samsung offers up to $450 on both the Pixel 3 and 3 XL. While you can usually expect to get a mediocre deal when dealing with a trade-in, Google's really giving prior Pixel owners the short end of the stick, though they're not the only ones that suffer. 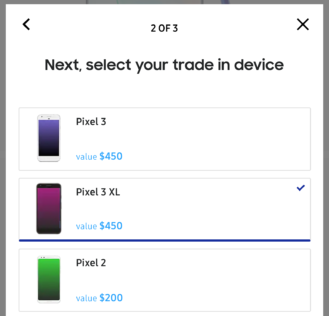 Samsung gives prior Pixel owners a much better deal.

Although Google is offering up to $600 for the 512GB iPhone XS Max, values go as low as $470 for the 64GB version. Both Apple and Samsung offer flat $600 discounts through their trade-in programs. On the other side of the market, the 64GB Verizon Galaxy S9+ (the most valuable version, according to Google), only gets you a $255 discount toward a Pixel 4 compared to a $350 credit with Samsung.

Looking at almost all of the phones it accepts, Google's trade-in values fail to match its competitors, making the Pixel 4 a poor upgrade path for Pixel, Galaxy, and iPhone owners alike.

For a company that's been struggling with sales volume, subsidizing some brand loyalty and paying a bit to convert first-time users, as Apple and Samsung do, could make a difference. That is, assuming Google wants to sell some phones this year.