Google unveiled the Pixelbook two years ago, and it instantly became the best Chromebook money could buy. We'd been hoping for a real update to the Pixelbook this year, but there is no Pixelbook 2. Instead, we have the new Pixelbook Go, which will exist alongside Google's older device. The Pixelbook Go starts at a much lower $649, but it's missing many of the features we liked most about the Pixelbook.

The Pixelbook Go has a magnesium case, which is much lighter than aluminum but still durable (it weighs just over 2 pounds). The underside has a distinctive wavy pattern you've probably seen in all the press shots. It looks cool and makes the Pixelbook Go a little easier to carry. There are two very loud speakers on either side of the keyboard, and the magnesium chassis doesn't rattle even with them cranked all the way up. 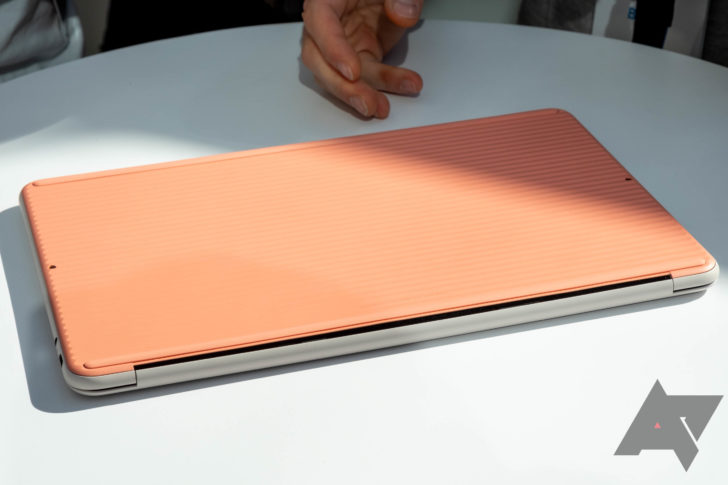 Google has gone with a more conventional 16:9 display for the Pixelbook Go. That means you can watch video with less wasted space, but you can't see as much of a webpage without scrolling. Most versions of the laptop have a mere 1080p resolution packed into 13.3 inches. You have to buy the top-end version for $1,399 if you want a 4K screen. The 1080p model I used looked good enough for general work, but it seemed harder to read in direct sunlight than the OG Pixelbook. Google says they have the same peak brightness (around 400nits), so perhaps the Pixelbook Go touchscreen is just more reflective. 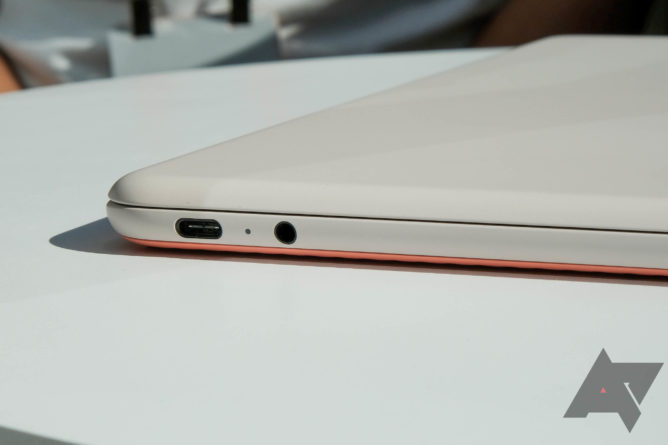 While I don't like the wider display ratio on this device, I'm happy Google slimmed down the bezels around the screen. You don't need big bezels on this laptop because, sadly, it's not a 2-in-1 convertible like the first Pixelbook. That just didn't make the cut as Google was prioritizing features. The hinge feels tight but not too tight to open with one hand. It still has just two USB ports, both of which are Type-C, but there is still a headphone jack. 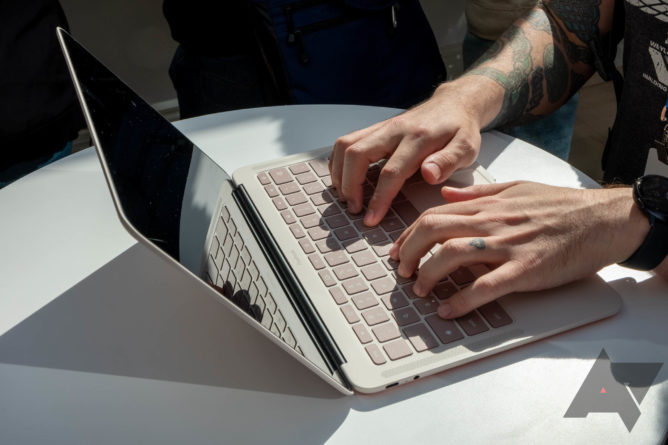 The keyboard on the Pixelbook has always been one of its best features—it's hands-down the best laptop keyboard I've ever used, and the Pixelbook Go is at least as good, It might even be a little better, depending on your preferences. There's good tactile feedback from the keys, perhaps a touch more than the OG Pixelbook. That makes the 1mm of travel feel more substantial as you're typing, and the keys have a little extra "bounce" compared to the classic Pixelbook.

The Pixelbook Go is available for pre-order today, but only in some configurations. The high-end model with the 4K display and i7 is just "coming soon," and the Not Pink variant is launching later. You can get the base and middle-tier versions in Just Black, and they'll ship later this month.

'Now Playing' music detection feature gets better with the Pixel 4