Accessories specifically tailored to Chrome OS are few and far between, but Logitech is doing its part to rectify that with the announcement of a new mouse and keyboard made just for Google's operating system. The mouse is really just a mouse, but the keyboard's got Chrome OS-specific function keys and a Google Assistant button — rarities among Bluetooth keyboards.

The Logitech K580 keyboard lacks traditional F keys above the number row, instead featuring Chrome OS's custom labeled function buttons. It can connect via Bluetooth or an included wireless dongle. There are keys to switch between two paired Bluetooth devices, and a cradle at the top to rest a phone in. It's powered by two AAA batteries that Logitech says should only need changed every three years. 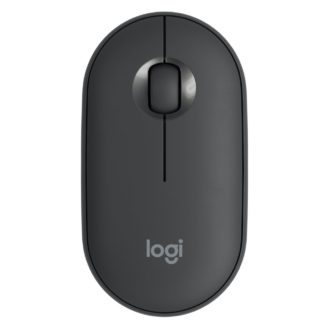 The M355 mouse doesn't have any Chrome OS-centric features, but it looks like a fine Bluetooth mouse all the same. Like its keyboard counterpart, it connects by Bluetooth or dongle. It's powered by a single AA battery that should last up to a year and a half.

Both accessories are listed on the Google Store now, although neither are available for purchase yet. The K580 will sell for $49.99, while the M355 will run $29.99. You can read more about both on Logitech's website.

Pixel 4's car crash detection feature confirmed, but it's US only for now