Google's new Nest Mini, revealed at the company's Made By Google 2019 event, replaces the much-loved and nearly ubiquitous Home Mini. The older Assistant-powered speaker has been discounted and bundled with so many deals over the last couple of years, most of us probably have one on a shelf or side-table somewhere. So why is it worth your while to consider the newer model and its $49 price tag? We've got a few good reasons.

Hang it on your wall 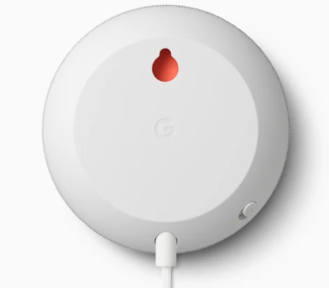 It's not art — at least, not unless you've got very specific tastes — but the new Nest Mini has a convenient hole on the bottom that allows you to suspend it from a hook or nail in the wall.

You'll still have to figure out what to do with the dangling, never-quite-straight cable, but a lack of shelf space isn't an impediment anymore. 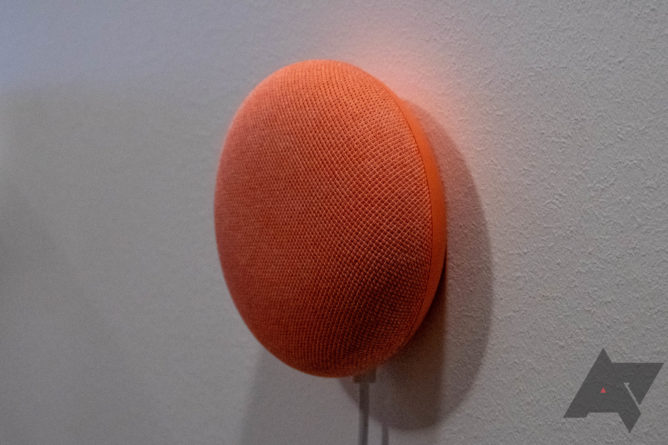 Google famously nerfed all its original Home Minis, disabling the capacitive touch control for play/pause and activation. We hope that this time around the issue that kept some Home Minis recording you around the clock isn't an issue, as Google has brought some of that functionality back with the new model.

That means you can tap the top to trigger to play/pause music, among other things, though it doesn't work to trigger commands. It's a minor feature, but the extra functionality can come in handy. (We'll try not to get it taken away this time.)

The new Nest Mini has a dedicated machine learning chip that gives it the ability to both learn your most common commands and keep the processing required for them on-device. That means better privacy and faster performance, even if all you're doing with it is asking to turn the lights on.

All about that bass

The new Nest Mini pulls a whole lot more power than its forebear. Although Google is mum when it comes to the specific wattage on the new speaker, the company does claim this updated version can spit up to 40% stronger bass. 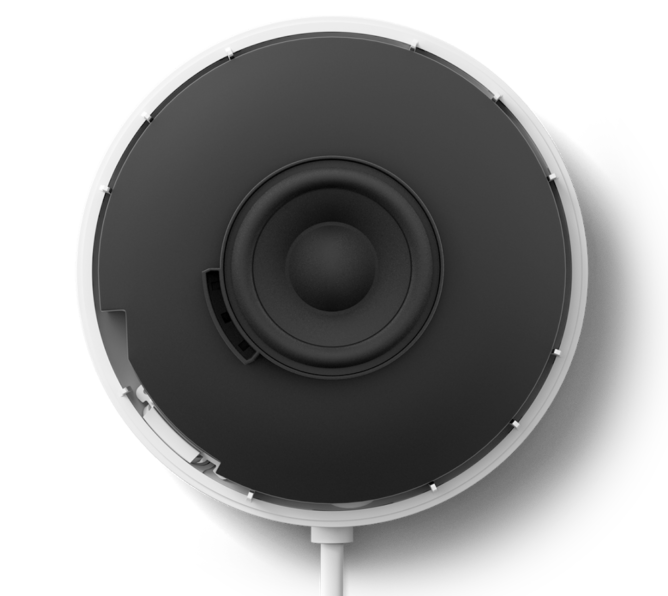 Even though it's the same size, you'll get louder, better sound from the new Nest Mini compared to the older model.

In addition to individually louder sound from the new Nest Minis, you can also enjoy that sound in stereo — you'll just need to buy a second speaker to get it.

Unlike the Home Mini, which only paired together for double mono sound, the Nest Mini can coordinate with its siblings for a whole extra channel of fun.

Three mics are better than two

The original Home Mini had a two-microphone array, but the Nest Mini steps that up, giving you three total mics working together in a far-field array. That should mean improved voice recognition, better picking up your "Hey Google" queries through even more noise at home. 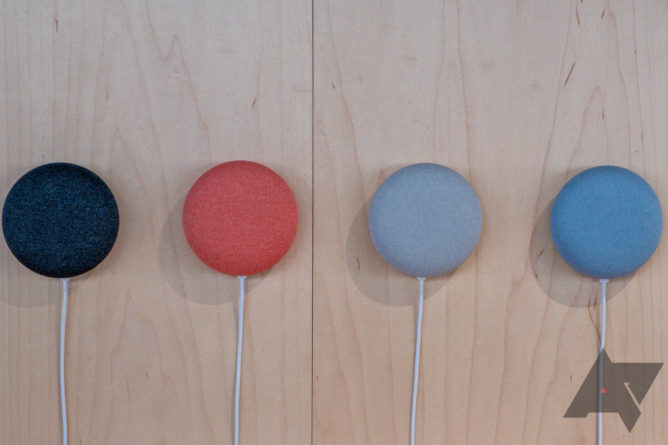 The Nest Mini's snazzy fabric topper comes in four colors: Chalk, Charcoal, Coral, and Sky. That gives you plenty of choices, but you can also feel at least a tiny bit better about your frequent upgrade habits knowing that the fabric was made from 100% recycled plastic bottles. Even the enclosure is a minimum of 35% post-consumer recycled plastic.

Google's new Nest Mini may look nearly identical to the previous Home Mini, but its familiar package hides quite a few improvements. It's up to you if it's worth replacing a home's worth of Home Minis for the new features, but those of you picking one up for the first time or supplementing your existing smart speaker coverage will see the benefits of the Nest Mini.

A Google engineer we spoke to at the launch event originally told us all the controls previously tied to the top captivate button on the Home Mini had returned in the Nest Mini, including a tap to trigger commands, but that isn't the case. The top control does not trigger input for voice commands/recording, and we've updated our coverage.

The new Nest Mini can be purchased for around $50 at the following retailers:

Google Nest Mini speakers can be paired together for stereo sound