While I remember first viewing Chromebooks exclusively as cheap PC rivals, it soon became apparent to me that they could also challenge the iPad and tablets in general, being inexpensive enough to buy as a secondary device, and (usually) light and convenient enough to use for one’s casual, lean-back computing. Most Chromebooks in the early days were still a bit too chintzy for me (and I still can’t believe anyone finds those 1366 x 768 displays acceptable), I was eager to see what a truly polished Chromebook could be.

Though many models of Chromebook tempted me over the years, it was the addition of touchscreens and high-resolution displays, as exemplified by Google’s own Chromebook Pixel line, that had me actually experiencing gadget lust over a Chromebook for the first time. Not long after, the addition of Android apps and tablet-like form factors drove it home for me. When the Pixelbook launched, I knew I needed to own one.

As I’ve written previously, I have long been intrigued by the idea of a single device that handles most or all of my computing needs. As much as I love my gadgets, I’m uneasy about the idea of owning several devices with screens that all do variations on more or less the same things. In my imagination, Chrome OS on the right kind of hardware could potentially inhabit the space occupied by a desktop or laptop, as well as that of a tablet and/or e-reader. And the entire experience could be nearly seamless, because, in the end, it’s “just a browser.”

What’s not to love?

As David recently wrote here, the Pixelbook remains a marvel in terms of its hardware. Its display is gorgeous and sharp. Its keyboard is an incomparable delight to type on. Its trackpad is first-rate. Even the damn silicone palm rests are a stroke of brilliance. And the thing is just gorgeous as a piece of kit. It also opens, closes, and reconfigures on its hinges with the exact right balance of firmness and ease. Oh, and it’s fast. Its camera is not good, and its speakers are so-so, but that rarely mattered.

Here’s what did matter. As a laptop OS, Chrome was almost always what I expected it to be. I dealt with the limitations inherent in a browser-based OS as best I could, and for the most part I rarely found myself needing to use a “real OS” in order to get most things done. But from the beginning of its expansion to also becoming a tablet operating system, Chrome OS has been a massive disappointment.

The elusive One Device™

What, exactly, was I looking for? That “One Device.” I wanted it to be the computer that could serve as my primary working computer for writing, file management, media creation and management, and all the things we use laptops for. I also wanted it to be my iPad replacement, the “personal life” device I’d use for reading, drawing, games, movies, and perhaps most importantly, comics. (Comics look fantastic on the Pixelbook. You just don’t want to hold a Pixelbook in tablet mode for more than 2 minutes.)

In my head, a Chrome OS One Device was so simple, obvious even. Make some minor modifications to optimize for touch (and stylus) interaction and ensure that Android integration is rock-solid. Done! Instead, we got half-baked implementations of an unpredictable and largely pointless “tablet mode” interface that ranged from maddeningly unusable to vaguely tolerable at best. As I type this in October of 2019, Android still feels like something haphazardly wedged into an alien operating system, adding bugginess, complexity, mystery (will it work? will it also work tomorrow?), and redundancy to a product line founded on simplicity.

Nonetheless, my enthusiasm and naive hopes for an all-in-one, premium Chromebook led me to try the Pixel Slate for a couple of weeks, and it won’t surprise you to know that the whole thing was a bust. I adored the tablet’s hardware, meaning the display, speakers, and overall look and feel, but Chrome OS was still Chrome OS. Two years into the Pixelbook Pen’s existence, and it’s still unacceptably laggy in most instances. And good lord, Google’s keyboard folio was a disaster, and even Brydge’s version was buggy and unpleasant to use. Thank goodness for return windows.

(Speaking of windows, I have also given a fair shot to Surface Pro to play this all-in-one role for me, but their quality as PCs aside, you don’t need me to tell you how utterly unrealized Surfaces are as tablets. There’s not even a Kindle or official Pocket app!)

I went back to the Pixelbook, and tried once again to appreciate it for what it was. It could do most of the things I wanted, even if it didn’t always do some of them very well. Plus, I knew a new Pixelbook was likely around the corner.

Well, now we think we know what’s around that corner, and it’s underwhelming. The Pixelbook Go, or whatever they wind up calling it, will likely be a fine laptop. But that’s all it will be. Maybe that’s all it needs to be. But I don’t think so. 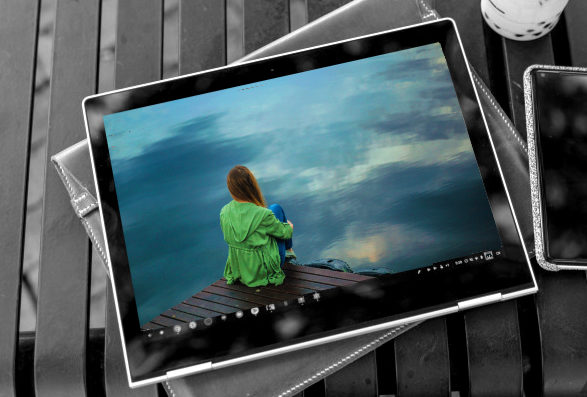 When Chromebooks first made waves, Windows laptops were a confusing paradox: both infinitely varied and utterly indistinguishable. MacBook Airs were the canonical consumer computer, and few people beyond Apple cultists thought of iPads as viable laptop alternatives. But things are different now. Even though Apple has lost some of its laptop mojo, the MacBooks Air and Pro remain industry standards. iPads, while still nowhere near ready to be “PC replacements,” are more diverse in their capabilities than ever. Meanwhile, Microsoft, Dell, and HP are building beautiful Windows laptops that, while augmented with touch-based, two-in-one functionality, are loved and lauded for their prowess as plain-old computers.

I think Chrome OS has had a lot to do with the improvements in mobile PCs over the last few years. I think Google shook up the industry and showed that consumers could escape the bloat and complexity of the laptop market as it existed, and yet still have something reliably familiar and affordable. Again, it was “just a browser.”

But the industry caught up. There’s still a place for Chromebooks, without a doubt. But short of some stunning revelation next week, I simply don’t see how a new Pixelbook or “premium” Chrome OS device could be sufficiently compelling to consumers who would normally be considering a Mac or Windows laptop in the same general price range.

And that makes me sad. In a less-dark timeline, I kick back on the couch and unfold my Chrome Phone into a Chrome tablet to do some reading, and then when a creative lightning bolt strikes, I flip out the keyboard to convert it into a Chromebook laptop, and type away, all the while delighting in a breathtaking display, blazing speed, and total reliability. This is not that timeline. And I am writing this on an iPad.

Photos of Nest Mini leak ahead of announcement, basically just a Home Mini with a hole in the bottom