The black glass on the back is a fingerprint magnet, but thanks to the silver patterns underneath it, they are considerably less noticeable. The silver lines are brighter and more visible around the camera module and fade out as they move down towards the silver McLaren logo at the bottom. 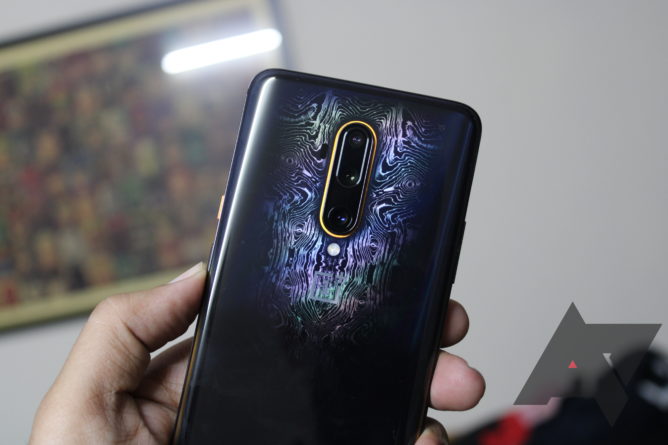 Like the red alert slider found on the Sandstone White OnePlus 5T, there's a colorful orange one on this edition. Another striking orange accent surrounds the camera module. 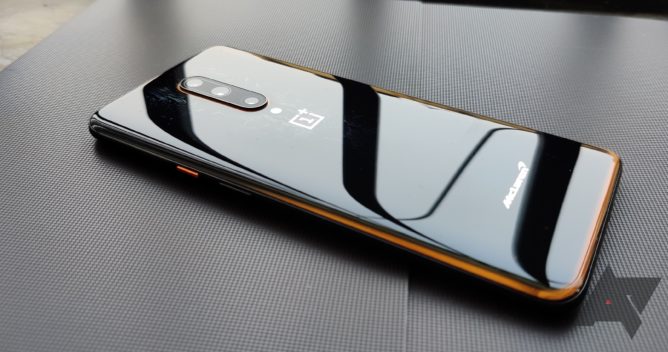 The phone comes with a black McLaren Edition charger and an orange woven cable. It's still a Warp Charge 30T charger, similar to the regular OnePlus 7T Pro and the 7T. 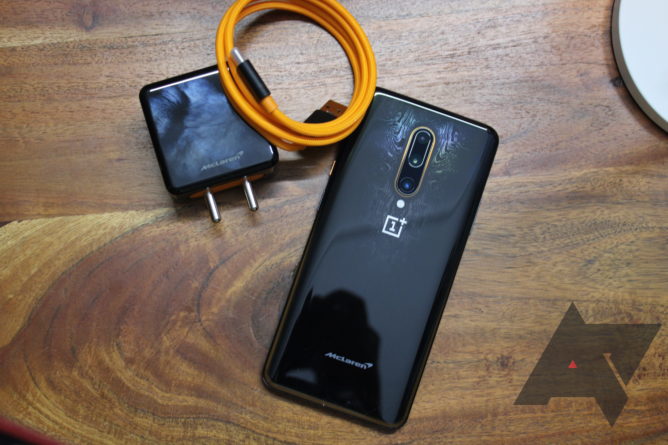 The McLaren Edition also ships with a special phone case. The familiar carbon fiber Kevlar pattern makes a comeback, with a patch of suede-like material in the middle and the OnePlus and McLaren logos in silver. 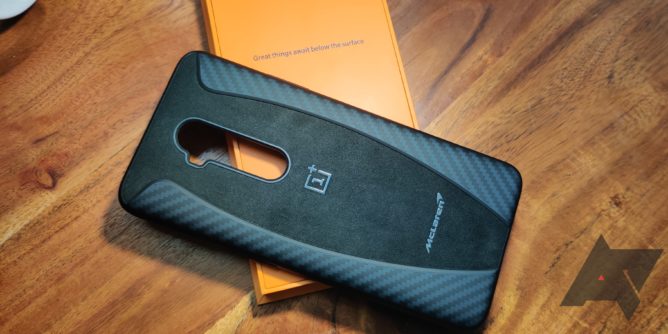 Since there is nothing starkly different between the 7T Pro and the McLaren Edition as far as specs are concerned, you can check out Scott’s first impressions of the device. OnePlus has added a couple of wallpapers on this edition and a snazzy unlocking animation with orange lights streaking across the display before the home screen comes on.

The silver pattern is what makes this McLaren edition look better than last year's, and if I was going to buy a 7T Pro I would pick this one. However, the case is rather ugly and completely covers up the device's distinctive design elements, so if I was to buy this edition, I'd probably skip on using the case. 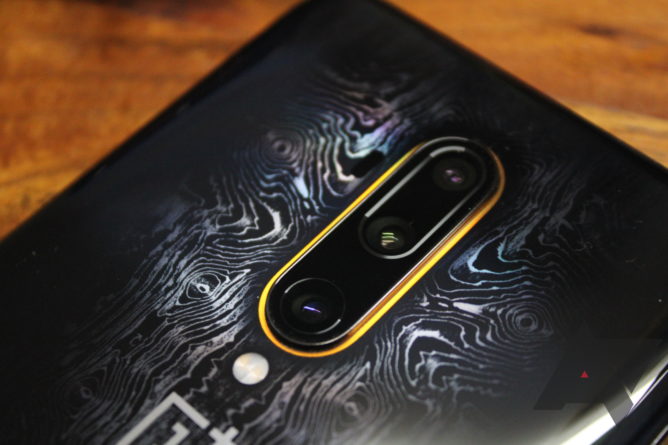 The McLaren Edition costs $100 more than the normal 7T Pro and that is partly justifiable by the extra 4GB RAM. That and the design make this edition quite attractive, but given the lack of any further improvements over the 7 Pro, it might be a hard sell for OnePlus.

Xiaomi is working on a 120Hz Android 10 smartphone