When Best Buy is your retail partner, it becomes immensely hard to keep your unannounced devices under wraps — this is particularly true for Google’s hardware. In separate instances, the retailer stocked Pixel 3a XL and Chromecast 3 units long before their respective announcements. This time, the Pixel 4 and 4 XL, due for launch this Tuesday, fell victim of a similar practice at the hands of Best Buy Canada, who posted and then took down a pre-order page for the two Google phones.

Unlike the Pixel 4 landing page that leaked last month with minimal information, this one appears packed with details that have been out for a while. The Pixel’s camera chops are highlighted in a nicely exposed daytime photo that presumably makes use of the exposure controls leaked last week. Another point of focus is the Quick Gestures feature using Soli radar, which was detailed by Google back in July. It’s worth noting that Soli won’t work in all countries where the phones will retail due to some regulatory issues with its transmission frequency. 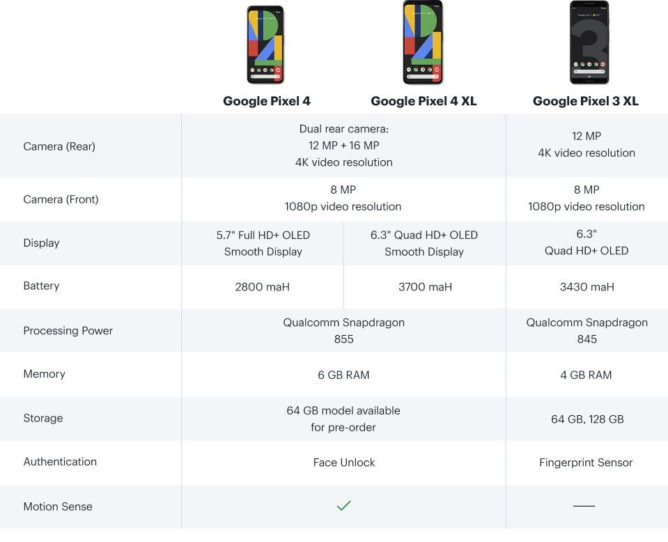 Scrolling further down shows a specs comparison between the two Pixel 4-series handsets and last year’s Pixel 3 XL. This sheet doesn’t share anything new about the 2019 Google flagships versus what was made available last week, but a side-by-side comparison with older models is always helpful. 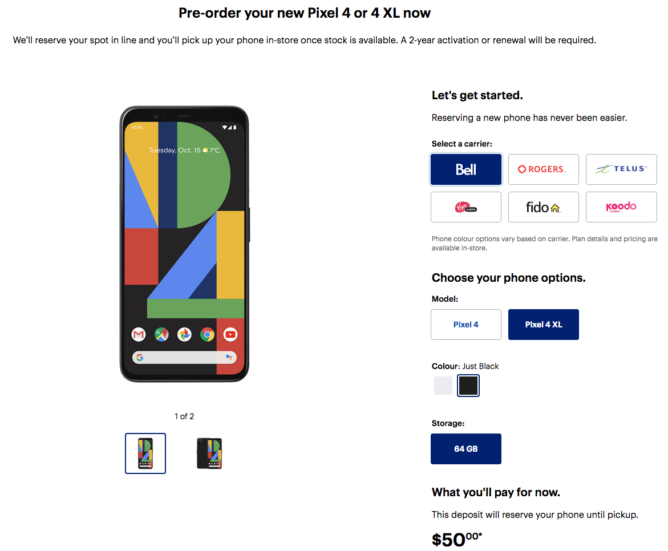 The purpose of this landing page going live on Best Buy Canada’s website is to let the locals pre-order a Pixel 4 or 4 XL. People there can reserve a spot in line at a nearby store by paying just $50, though detailed pricing of either phone isn’t provided. The only condition here is that a two-year activation or renewal plan with any of the six partner carriers has to be chosen at the time of pick-up. Pre-orders are live only for the 64GB storage variant in Clearly White or Just Black, with no mention of the Oh So Orange color.

Best Buy has removed the listing from its Canadian site, but we've got piles of screenshots if you weren't able to see it in time: The listing didn't answer any lingering questions — not that there are many — but we'll probably see Best Buy open pre-orders again sometime after the Made by Google event in just a few days, at which all details will be revealed.