A few days ago, BuzzFeed reported that Instagram was removing one of the most berated features of its app, the Following tab. That has indeed been the case, with the app first showing a blank tab with a disclaimer that it's going away, then completely removing it in the most recent update.

The Following tab showed activity from those you follow on the social network. If they liked a photo, followed a new account, or posted a comment, these actions would surface in the tab for you to see. When the image sharing service first launched, this used to be the place to discover other accounts and interesting people. However, as the Explore section took over the discovery aspect, the Following tab lost its appeal for anyone except those who liked its stalking nature.

Since the tab was a sub-section under your activity, and you're most likely interested in the positive reinforcement that you get from Instagram, many users never noticed its presence or knew what it was. Thinking their behavior was invisible, they liked, commented, and followed recklessly, only to be surprised by someone catching them. Horny partners liking nude photos all the time, your friend commenting on posts from the mortal enemy you both swore to loathe, a family member visibly interacting with everyone but ignoring your messages, that guy at the gym who brags about being vegan liking every picture of steak and ribs he sees, all are but some of many examples of people being busted for sketchy behavior through this tab. 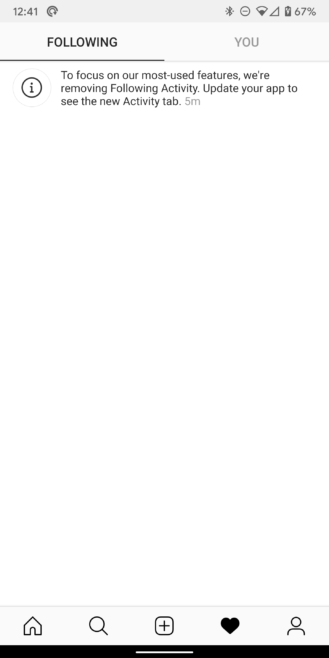 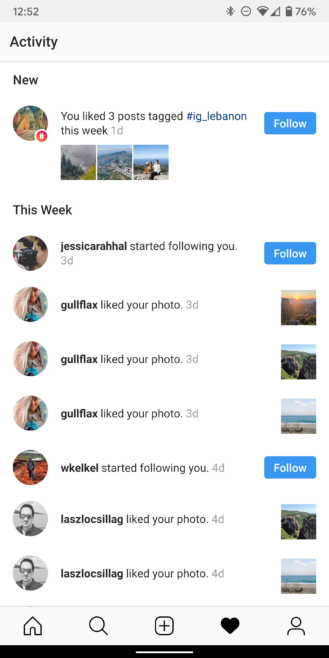 Left: Following tab warning, before it disappeared. Right: And now it's gone.

Now that it's gone, only those who enjoyed its stalking powers are lamenting the loss. Everyone else can go back to liking nudes without reprimand.

The Wanderer: Frankenstein’s Creature is a beautiful adventure game coming to Android in November