After teasing Galaxy S10 users with an early October debut of Android 10 beta with One UI 2.0, Samsung has delayed the rollout of the much-anticipated update. According to a Samsung Members community moderator in Korea, and later confirmed by Samsung corporate, the beta is now expected to roll out in mid-October.

Samsung's software betas have been rolling out in November of each year, starting with the Galaxy S7. So when Samsung announced its Android 10 beta for October, it was a pleasant surprise. 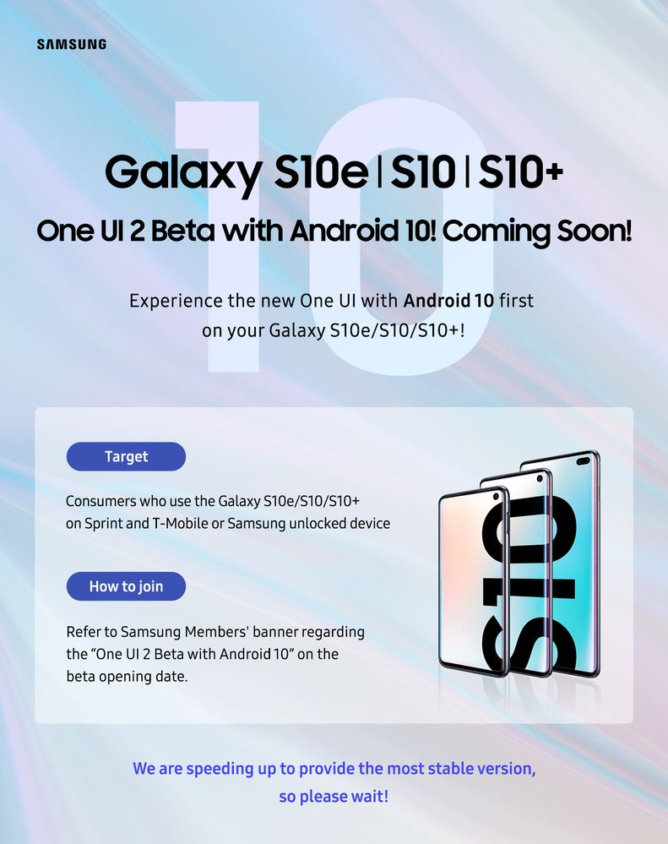 Many are excited for Android 10 because it brings several significant changes, such as support for a system-wide dark theme, a new gesture navigation system, Smart Reply for messaging apps, and a better sharing menu, just to mention a few. For a more thorough overview of what's new in Android 10, check out Ryne Hager's in-depth list.

Riding along with Samsung's Android 10 update is a revamped version of its custom user interface — One UI 2.0. According to screenshots obtained from a Galaxy S10+ owned by PhoneArena, and covered in their hands-on video overview, One UI 2.0 brings along the following changes (among others) on top of Android 10 itself: 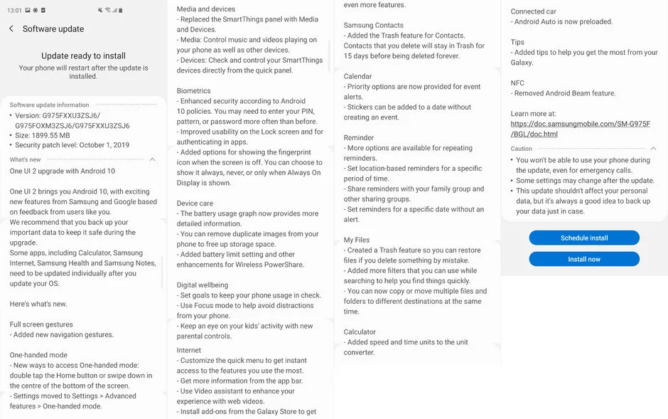 With all these new features to check out and play around with, the beta rollout hopefully won't be delayed again.

In the meanwhile, keep checking inside your Samsung Members app for the beta notice and click on it to become one of the limited number of beta testers.