There was once a time when it took hours to charge your favorite Android handset, and that was when phones were still relatively small. As devices grew, so did their batteries, dragging out charge times to excruciating lengths. Thanks in large part to advancements in fast charging technology, many modern Android devices can top off their batteries by 50% in 15-30 minutes, but for Oppo, that wasn't enough. Meet the Reno Ace, the first smartphone packing a blazing-fast 65W charging rate.

In mid-September, Oppo claimed it could fully restore a dead smartphone battery in just 30 minutes, and now we have info on the first device aiming to make good on that promise. The Reno Ace can supposedly glean two hours of usage from just five minutes on a corded charger and reach 100% capacity in a mere 30 minutes. For on-the-go smartphone owners, these estimates would be enough to make the Reno Ace an interesting proposition, but the handset is packing flagship-level specs too to broaden its appeal. 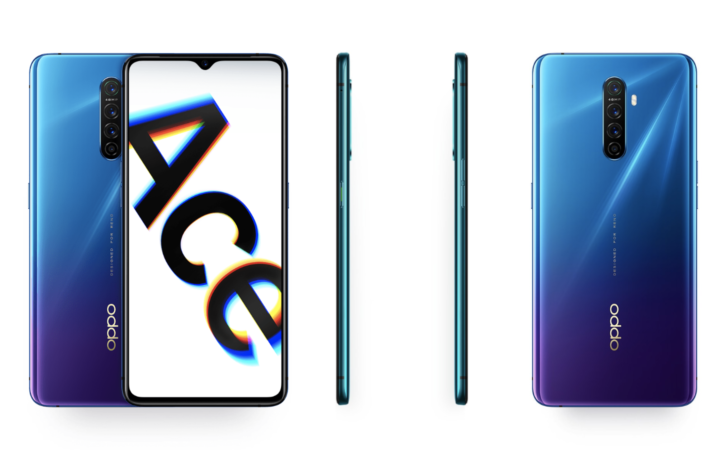 The Reno Ace comes equipped with the latest Snapdragon 855+, at least 8GB of RAM, an under-the-display fingerprint reader for biometric security, an NFC chip for making mobile payments, Game Boost 2.0 to increase frame rates and touch responsiveness during gaming sessions, and there is a waterdrop-shaped notch at the top of the otherwise edge-to-edge display for the front-facing camera.