The OnePlus 7T Pro is almost identical to the 7 Pro on the outside. The only discernible physical change is that the autofocus sensors have been moved to a more prominent location outside of the camera module, to the left side thereof. There’s only one colorway this time, called Haze Blue, but it’s remarkably similar to the Nebula Blue option from last year. It’s a little brighter but arguably less attractive. We may well see other finishes down the line, but this is your lot for now. It’s still a very pretty phone, in fairness, with the same curved 6.67” 90Hz AMOLED display with minimal bezels and no notch, the same aluminum frame with a pop-up front camera, and the same button, speaker, and alert slider placement as before. 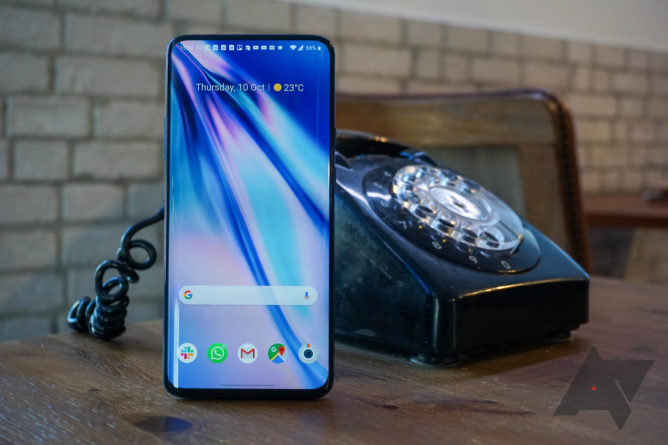 Telephones have changed somewhat over the years.

When a follow-up device with practically identical physical attributes launches, we’re often treated to a host of internal enhancements that make it worthwhile, but the OnePlus 7T Pro challenges that tradition. As with some other recent flagships, it uses the slightly upgraded Snapdragon 855+ SoC from Qualcomm that’s essentially just an overclocked 855, with the same Adreno 640 GPU. The battery has been bumped up to 4,085mAh, a most modest improvement of just 85mAh over the 7 Pro. Neither of those has yielded an appreciable performance gain in the week I’ve so far been using the phone. 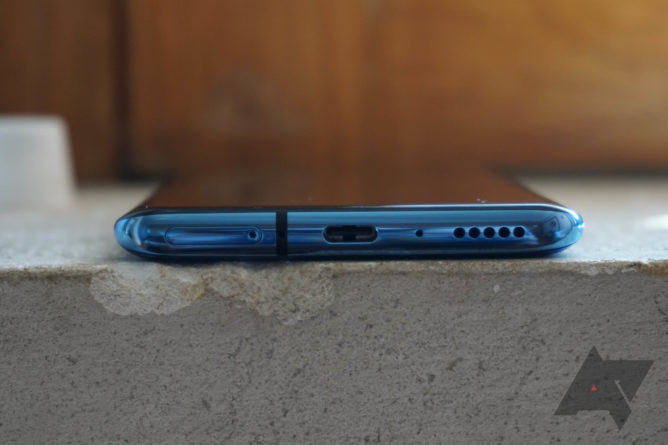 The spec sheet you see below has been lifted from our OnePlus 7 Pro review from earlier in the year, and I’ve then highlighted in bold the changes present in the 7T Pro so you can see exactly what’s new — which isn’t much. 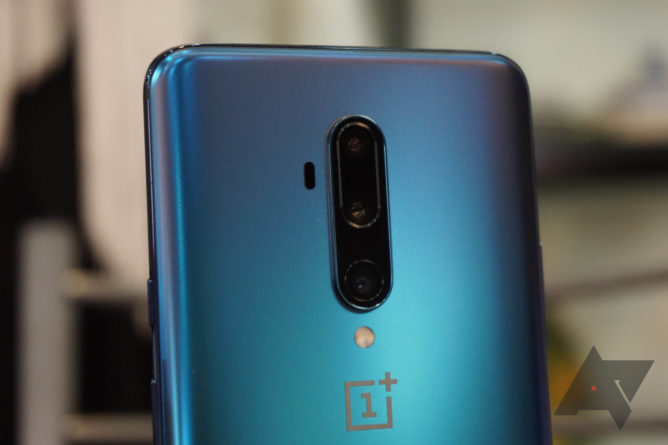 The camera hardware is unchanged except for an additional focusing motor on the 16MP wide-angle lens, allowing for a new Macro Mode. Otherwise, we’re looking at the same 48MP (binned down to 12MP) main camera, 8MP telephoto with 3x lossless zoom, and 16MP front-facing selfie cam. The OnePlus 7 series came with processing improvements that brought the phones almost in line with Samsung’s flagship Galaxy phones when at their best, but I’m not sure there are any further gains to be had here. The macro mode is nice to have, and low light performance does seem slightly improved, but I’ll reserve judgment for the full review. 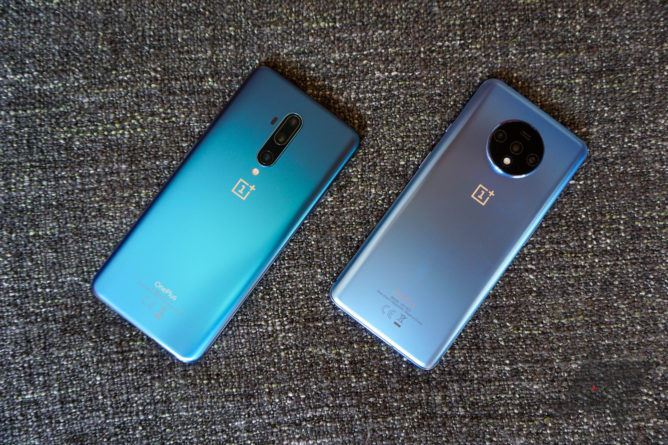 The Haze Blue color on the 7T Pro is a little more striking than the 7T's Glacier Blue.

One of the more striking enhancements is Warp Charge 30T, which uses the same charger and cable but promises 23% faster charging than the 7 Pro due to lower internal resistance. I’ve not yet tested this fully, but it’s undoubtedly very fast to top up. If you forget to charge it overnight, simply plug it in while you shower and eat breakfast — you’ll probably be on 100% before you leave the house if my experience is anything to go by. On the software side, the OnePlus 7T Pro is one of the first phones to launch with Android 10, while Oxygen OS 10.0 remains one of the most useful and frictionless skins around. 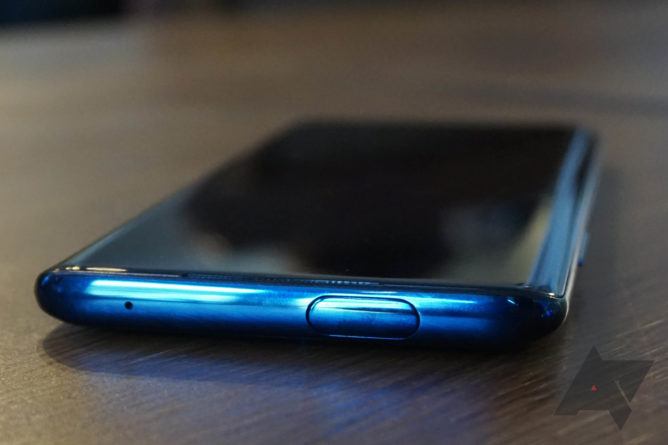 So that’s about it for new things, but it’s also important to note that some other things have been taken away, such as RAM and Storage options. While the 7 Pro offered 6, 8, or 12GB of RAM and 128 or 256GB of storage, the 7T Pro has just a single 8/256GB SKU. Thankfully, it costs the same as the equivalent configuration of its predecessor, £699 in the UK, but there’s no longer a cheaper variant. The 7 Pro started at a more alluring £649. Availability is also more limited this time around, with the 7T Pro not heading to the US. Since it’s such an iterative upgrade over the 7 Pro, that’s not the end of the world, especially since the regular 7T has made it Stateside this time — check out Ryne’s review of that phone. 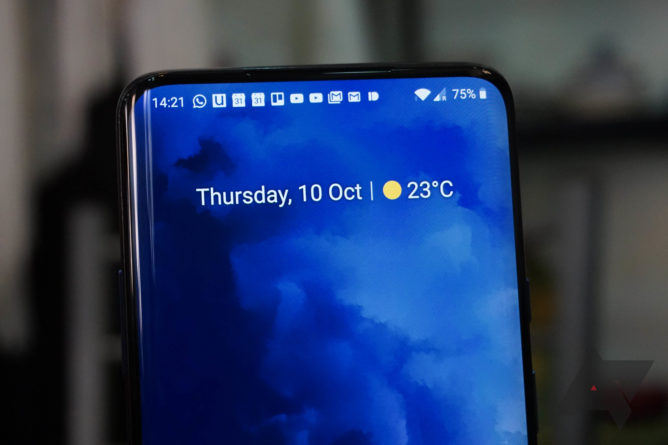 OnePlus could have added value to the 7T Pro in the form of an IP rating or wireless charging, but it chose to once again shun those oft-requested features. Even so, I’ve enjoyed using it so far, and I’ve no doubt it’s a very good phone. Whether or not it’s worth buying is something I'll address in the upcoming full review, but whether or not it needed to exist in the first place might be the more pertinent question.