Google finally released its John Legend Assistant voice in spring 2019, which was almost a year after it first teased the capability. Now, Google is preparing a second celebrity voice cameo, none other than actress and web video producer Issa Rae. This option rolls out today, but not for everyone.

You can fire up Issa Rae's Voice in Assistant by telling your phone, smart speaker, or other Assistant endpoint "Hey Google, talk like Issa." You can also manually select Issa in the Assistant voice settings. As with the John Legend voice, Issa Rae won't be able to completely take over for your Assistant. Rae's voice will take over for the default voice mostly for general knowledge interactions like "Do I need an umbrella today?" or "Tell me a joke." 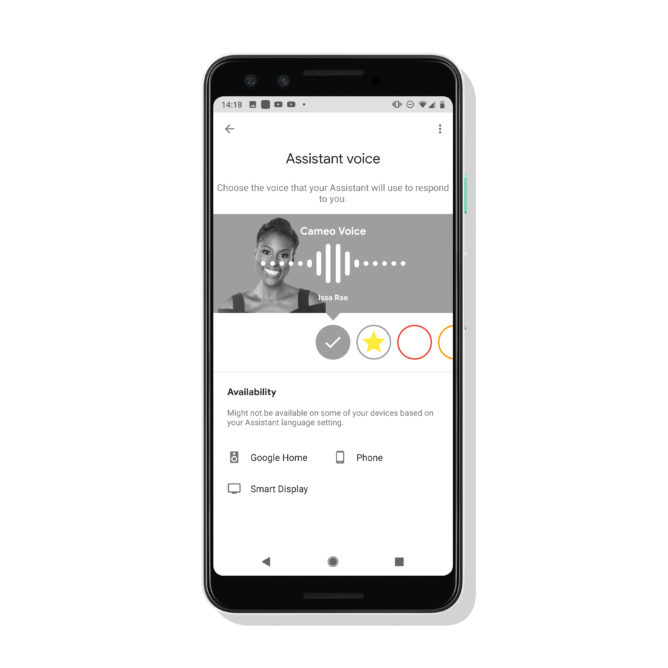 The Issa Rae voice should start appearing in Google Assistant today. However, it will only be an option in the US when your language is set to US English. The John Legend voice is still available as of this morning, but Google has been clear these cameos are for a limited time only. The screen above appears to show two celebrity voice options, so maybe both will stick around.

[Update: Patched] Pixel, Samsung, and Xiaomi phones among those susceptible to resurfaced ...