Nearly a decade ago, we had foldable phones like the Nokia E7 and T-Mobile Touch Pro 2. They were known as "slider" phones, and featured displays that folded away to reveal physical QWERTY keyboards, with email and texting first in mind use cases. Software-based keyboards have advanced considerably in that time, so it's doubtful these type of folding devices will be making a comeback (Blackberry Key2 aside).

Samsung's take on folding utilizes cutting-edge tech to offer a truly foldable screen, and while the center of the display is clearly visible and apparent in most use cases, it's still gloriously cool to use. In order to fully appreciate the Galaxy Fold, you have to see it in person—anyone who judges it harshly without trying one is likely to change their minds after some time with the phone.

I traveled eight hours round trip to purchase an AT&T Galaxy Fold at Best Buy in Eastern Washington, and the cost of the phone and trip were absolutely worth it. I've been using the Fold as my daily driver for 10 days, and it just keeps getting better.

When the first batch of Galaxy Folds suffered failures due to serious design flaws, I canceled my own pre-order. I told myself wouldn't even consider it until the second generation, when the kinks were all worked out.

Samsung made some significant design improvements by sealing the edges of the display and closing up the openings on the top and bottom in way of the hinges. When you unbox the Galaxy Fold, you're greeted with guidelines on how to care for your phone and use it responsibly. And at $2,000, it's probably prudent to take heed of these warnings.

Samsung also showed a video where its test machine folded the Galaxy Fold more than 200,000 times without failure. At 100 folds a day, which is more than I have managed even with enthusiastic testing, it would take 5.5 years to reach 200,000. That's far longer than almost anyone keeps a smartphone. While CNET recently conducted its own hinge durability test in which a Fold failed after only 120,000 folds, their methodology was suspect. No one is going to violently slam a Fold open and shut at the rate of the machine used.

The major innovation here is obviously the 7.3" folding OLED display. Samsung is known for stunning screens, and the one on the Fold is no different. Its soft upper layer has been shown to be sensitive to scratches and indents, but I don't think it is as fragile as we've been led to believe. Since very few are likely to ever see a Fold, let alone purchase one, I've been letting people use the phone whenever I can (I've let more than 50 people try it out so far).

While the screen is stunning, you can clearly see, and feel, the center portion of the display that folds over the hinge. Some people will never be able to accept that. But when watching movies or working with apps that have bright backgrounds it's hardly noticeable. 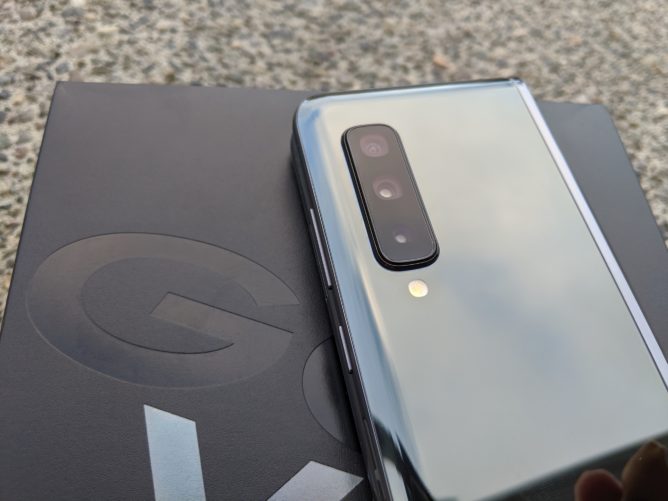 There's also a narrow 4.6-inch display on the exterior of the Fold that functions as a full Android smartphone normally would. The only real compromise is with text entry, but Gboard swiping works well, and I quickly got used to a smaller keyboard (after all, smartphones used to be pretty tiny). Due to the size, I thought I would rarely use the outer display, but I find myself spending more than a quarter of my time on it because it's a great one-handed smartphone. For calls, quick messages, and other short tasks it's also just more convenient.

The Galaxy Fold is quite heavy, at 276 grams (over half a pound)—far heavier than even the huge Note 10 Plus, which is a "mere" 196 grams. It's also more than twice as thick as one when folded, and the phone has a decidedly dense feel to it in the closed position, but it doesn't feel nearly so unwieldy when expanded in all 7.8" of its glory.

App continuity is one major software feature that we see only on the Galaxy Fold right now, owing to its two separate screens. Samsung hasn't made applications transfer from the inner display to the outer display by default, but instead lets you select which apps will behave this way. There are some apps I've tried that don't support app continuity at all, such as Garmin Connect, Amazon Alexa, Evernote, Fitbit, Starbucks, Strava, and Uber. That list will, hopefully, shrink over time.

The Galaxy Fold isn't perfect yet, but it is a lot better than I expected.

The other major software enhancement only found on the Galaxy Fold is the ability to open and use three (or more!) apps at once. You can even drag and drop a fourth app onto the very center of the screen and have that application appear over the top of the three other apps in use. 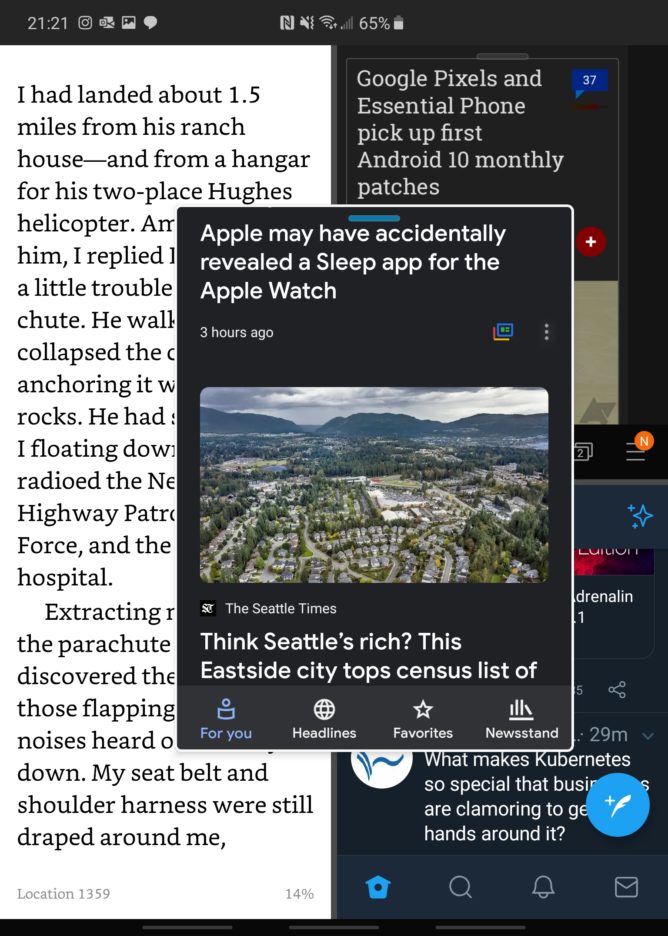 The Samsung Galaxy Fold isn't perfect yet, but for new technology, it is a lot better than I expected.

Time will tell how durable it is, but I'm treating it just as I would any phone (though there's no way I'm going running with this bad boy), and I'm showing it off to people more than I ever have any other phone before.

The Fold serves well as a one-handed communicator and then opens up to a world of big screen apps and media, truly functioning as a phone and small tablet in one. You can even connect it to a PC monitor and create a desktop UI with Samsung's DeX software. It's that promise of doing it all—of being the one computer in your life—that I think offers a glimpse of our mobile future. 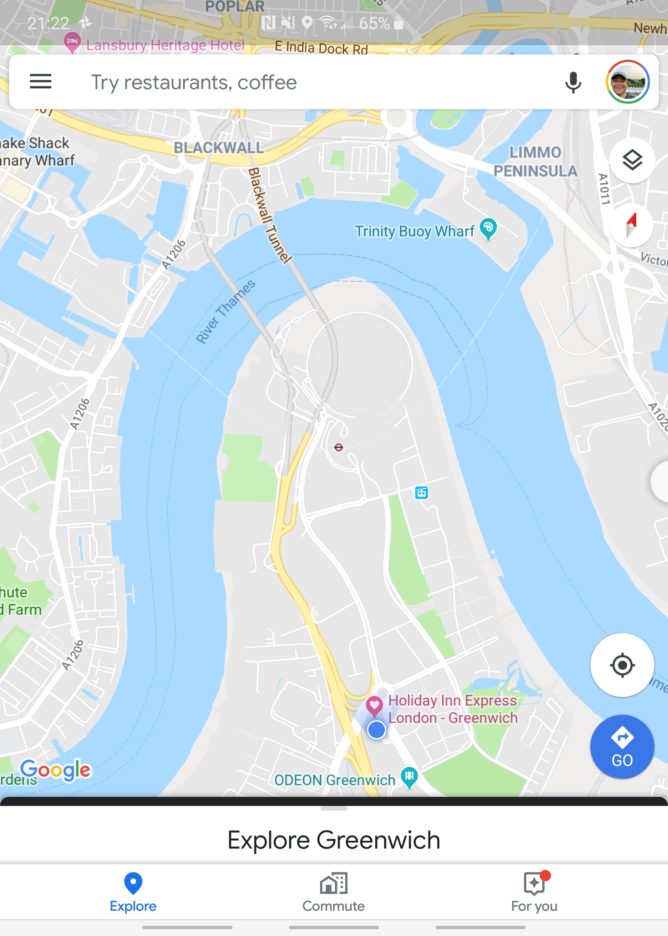