The LG Stylo 5, the company's newest stylus-equipped smartphone, comes in several variants: carrier-specific, unlocked, and an Amazon-exclusive version with some preloaded Amazon apps. If you've been itching to try a stylus-equipped phone at a very reasonable price point, the Amazon variant is on sale for just $220, which is $80 below the regular price.

The Stylo 5 comes with modest specs — a Snapdragon 450, 3GB of RAM, a single 13MP camera on the back, a 5MP selfie shooter, and a 3,500mAh battery. The screen is a 6.2-inch 1080P LCD, and there's a capacitive stylus that docks inside the phone. The stylus is its marquee feature allowing you to scribble notes, draw on top of screenshots, scratch art, and even create your own emojis. 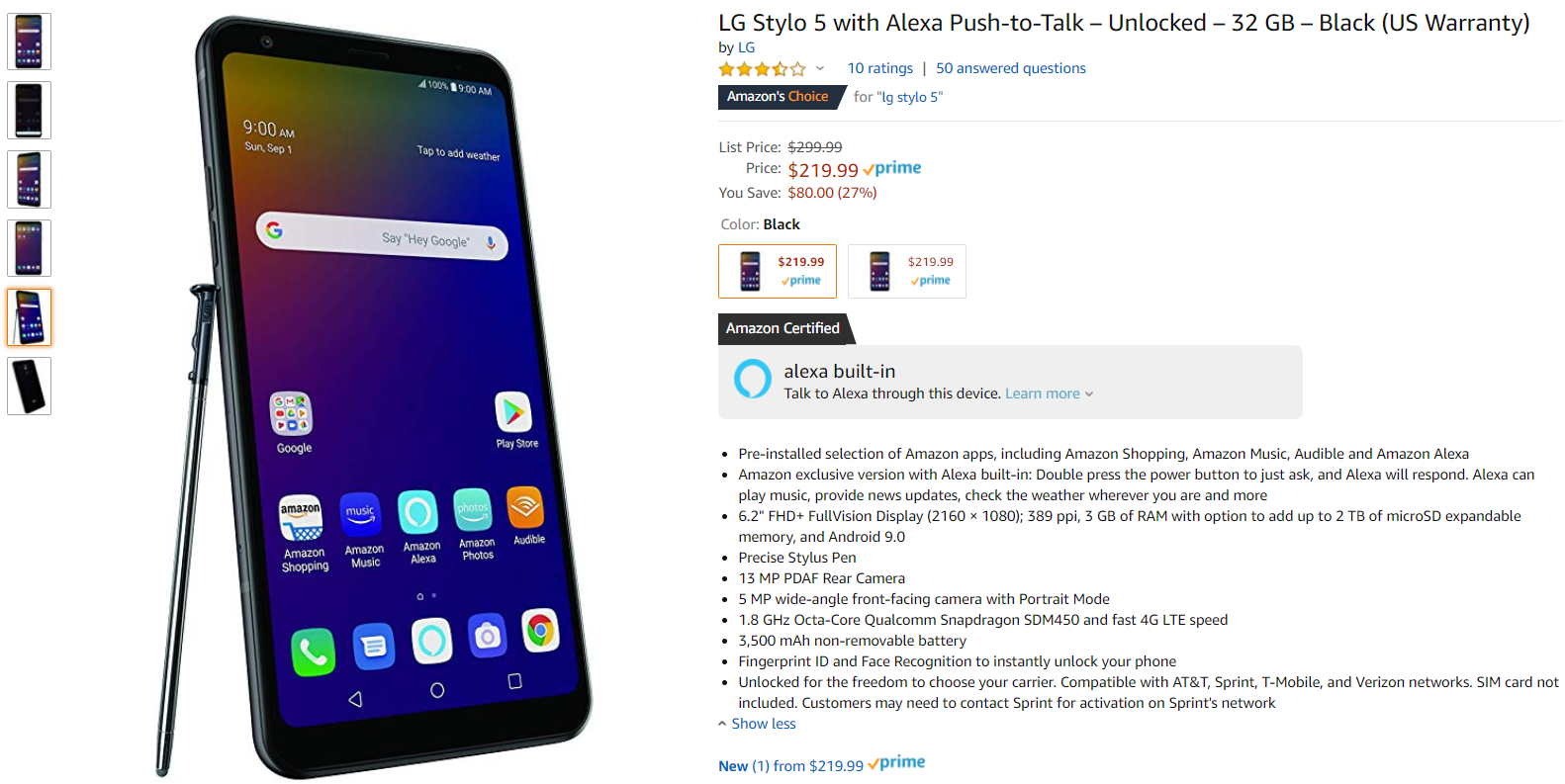 We were impressed with the Stylo 5 when we reviewed it. While the stylus is not as capable as the Galaxy Note's S Pen, the Stylo 5's low price makes it an appealing alternative. If you're a stylus-loving Prime member, head over to Amazon and grab the Stylo 5 for $220 before the sale ends.