The Pixelbook Go has already been victim to a pretty comprehensive leak, but our friends over at 9to5Google have just gotten a full hands-on with a prototype of Google's upcoming Chromebook. Price aside, pretty much every detail has now been leaked, meaning that the October 15th event probably won't be all that interesting.

Arguably the weirdest aspect of the Pixelbook Go is something you don't see when using it: the base. Whereas most laptops keep that surface flat and add a rubber foot on each corner, Google bucked that trend by turning the entire thing into a textured, ribbed surface. It'll probably offer more grip, but it should be interesting to see how it holds up in the long term. 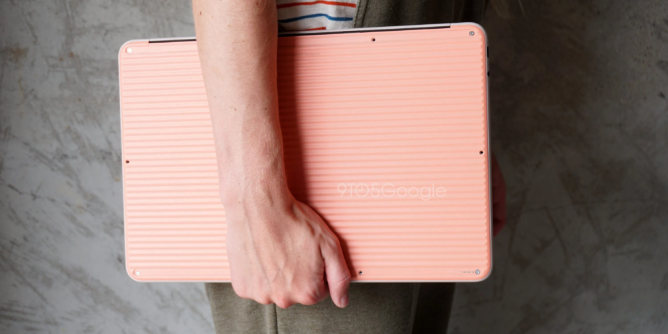 The lid's surface is fairly odd for a laptop as well — it's apparently a smooth, matte coating that 9to5 likens to the Pixel 2's backing. The logo that you see on the lid won't make it to production; that's just a prototype marking. Google's trademark "G" will be there instead.

The left side features a USB Type-C port, a charging light, and a 3.5mm headphone jack, and there's another USB-C port on the right side. 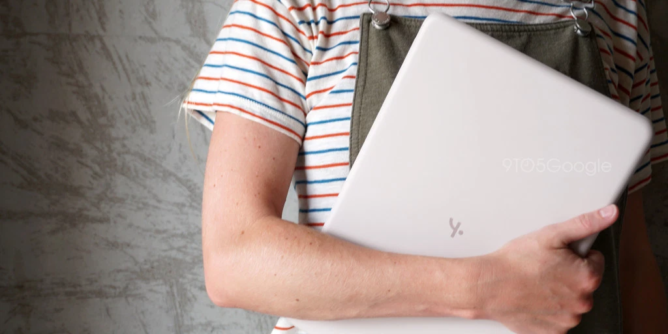 The prototype presented here is equipped with a 16:9 13.3-inch 1080p touchscreen. Above it are a 2MP camera and two far-field mics. A widely praised feature of the original Pixelbook was the keyboard, and according to 9to5, this one is as good as or better than the original. 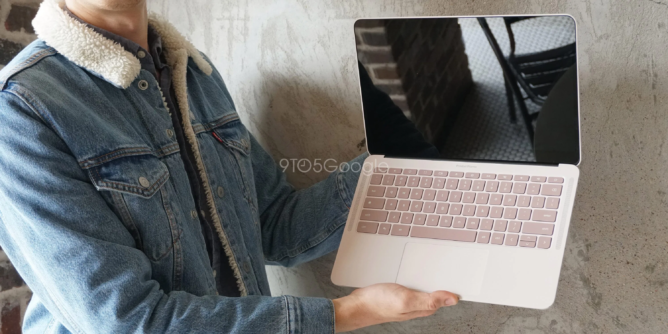 It's flanked by dual speakers, one on each side, and they apparently sound pretty good. The trackpad doesn't seem to be anything special — it uses a traditional "diving board" design — but it's said to be responsive and tactile. 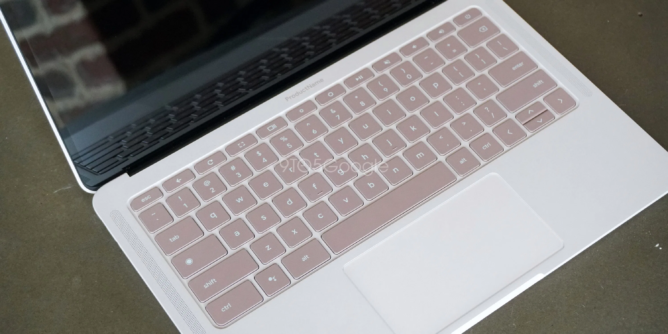 In terms of specs, the prototype here was the lowest-end model with a 1080p screen, an Intel Core m3, 8GB of RAM, and 64GB of storage. Upgrades will include a Core i5 and i7, 16GB of RAM, and 128GB and 256GB storage configurations. The highest-end models will also get the 4K "Molecular Display." Other onboard hardware include Google's new Titan C chip and "normal" Wi-Fi and Bluetooth.

The Pixelbook Go will be unveiled at Google's October 15 NYC event in two colors that you might have heard of: Just Black and Not Pink. Hopefully we learn more about that mysterious new Pixel 4 phone there as well.