International versions of Samsung devices often pop up on eBay with significantly lower prices than the retail editions. The Galaxy Note10+ was no exception, as it was selling for $900 on the site last month. It dropped a little more, as the handset is now available for $874. 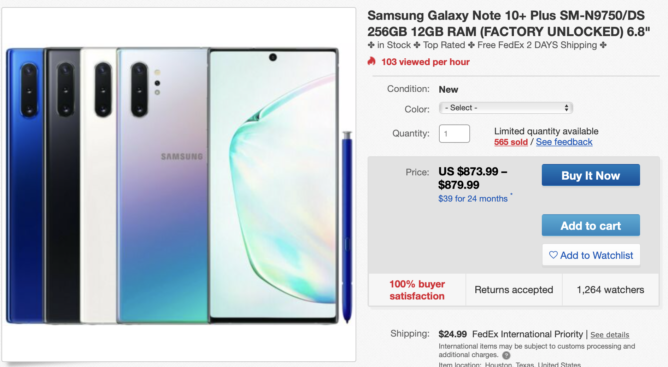 As this is the international variant, the phone features a dual-SIM tray, but remains powered by the Snapdragon 855 SoC. The rest of the specs, including the screen, RAM, cameras, and battery, are the same as the US version. Unfortunately, though, this particular model is not designed to work with non-GSM carriers, so you should only buy it if you're an AT&T or T-Mobile client, as the devices won't work with other American carriers such as Verizon and Sprint.

The handset is available in Aura Black, Blue, Glow, and White colors, but the first one will cost you an extra six bucks. The seller has received 99% positive feedback, as well as excellent ratings from buyers. However, if US Warranty is important to you, buying the American variant may make more sense.

The Wanderer: Frankenstein’s Creature is a beautiful adventure game coming to Android in November