This is it, the big one, Google's flagship phone for the end of 2019 and most of 2020. It's leaked so much at this point that we all know what to expect — you can even watch a review. The two phones will have 90Hz OLED displays, Snapdragon 855 chipsets, 6GB of RAM, two cameras on the back (telephoto and "normal"), and just one camera up front. We'll also see new radar-based gesture controls and an Apple-style face unlock system.

Two models are expected, as per usual, and they should come in three colors: Just Black, Clearly White, and Oh So Orange. We also might hear about a 5G version. In addition to the expected hardware, we may see some new software changes land alongside the Pixel 4 — some of which could come to older devices, too. Google previously showed off "next-gen" Assistant functionality and a real-time transcription system called Live Caption, neither of which had landed on Pixels yet. That's not including other details spotted in leaks like Pixel Themes, Tasker-like "Rules," and Fast Share, which have yet to see a formal release, but which have appeared in recent leaks. Many of the "missing" features we've seen in the last few months could get a formal reveal together with the Pixel 4.

Previously, Google has also backported some features after they debut on new hardware, so even if you don't upgrade to the latest model, you might see some new stuff trickle down to older Pixels, too.

For more details on what to expect from the Pixel 4, take a look at our rolling roundup of leaks.

"Atlas," the long-awaited Pixelbook 2 refresh to Google's best-ever Chromebook, might land at Google's upcoming event under the name Pixelbook Go, and it isn't quite the sequel we expected. The new device is expected to target the clamshell-style laptop form factor, with a magnesium body and a range of options when it comes to internals: Core m3, i5, i7 chipsets, 8-16GB of RAM, 64-256GB of storage, and Full HD or 4K 16:9 screens. Those expecting a true successor to the original Pixelbook, with its 2-in-1 design, stylus support, and productivity-oriented 3:2 display, may be a bit disappointed at the rumored specs, but we'll see how they all come together into an actual product on the 15th. In a hands-on with an early unit, 9to5 did find the keyboard to be as pleasant as the previous Pixelbook, which is a good sign.

Google's branding regarding the Nest/Home hardware is still hard to follow (even for Google), but leaks about a refreshed Home Mini have been circulating for months. The successor to Google's cheapest smart speaker is expected to be called the "Nest Mini," and bring improved audio, proximity awareness functionality, wall-mounting, (Update: Nope.)

Although there are plenty of unknowns (color, price, how the wall-mounting will work), there is one thing we do know: the proximity awareness will reportedly behave similarly to current Assistant-powered smart displays, showing you the speaker's volume as you approach.

Like the Home Mini, The Google Wifi is also looking pretty long in the tooth, and a refresh is expected to land soon. Leaks peg that a new version will manifest under the name "Google Nest Wifi," and it's expected to be released alongside the Pixel 4 at Google's upcoming event. 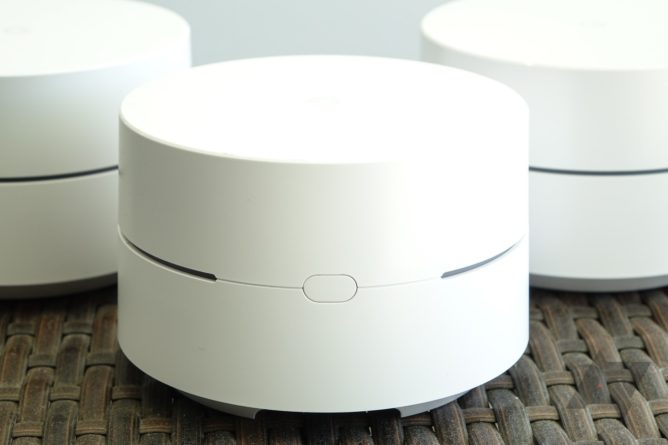 The new Nest Wifi will be like the old Google Wifi (above) but with smart speakers in the satellite units.

As the "Nest" branding suggests, smart speaker functionality will be included. The central/main router isn't expected to get the speaker treatment, but the (new smaller) satellite beacons will serve double-duty and will have features similar to the Google Home Mini. Reportedly, the Nest Wifi will also be compatible with previous Google Wifi hardware, and they'll offer controls for your network over the Assistant — like pausing connections for rooms or particular devices.

Google's original Pixel Buds debuted all the way back with the Pixel 2 in 2017. They were also pretty terrible. Google can't exactly do a do-over, but it is reportedly working on a new pair of earbuds that might not suck so badly. At least, we hope so. 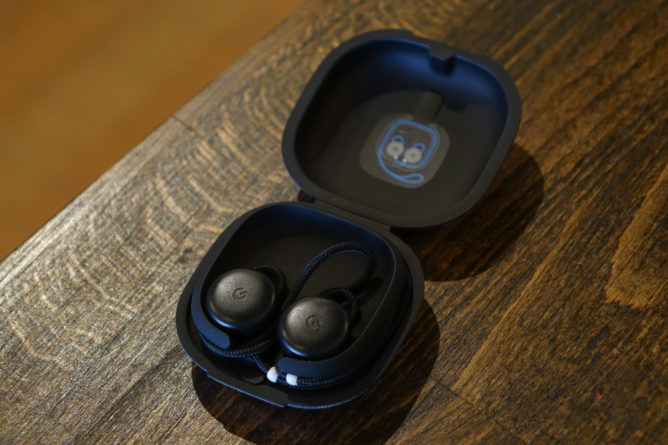 The original Pixel Buds were most tactfully called "disappointing."

We don't know almost anything about the upcoming product, which isn't a good indicator for the timeliness of a future release; Google has demonstrated that it can't keep secrets, so it must not have any to keep yet. The new Pixel Buds might be announced on the 15th, but they may also need a bit more time in the oven.

What we won't see

Google canned it back in 2016, and reiterated it in 2018, so don't expect a Pixel Watch. Given the lack of leaks and the current state of Wear OS relative to other wearables, we would be very surprised if a first-party smartwatch was announced on the 15th.

Google has made it clear in recent days that it can't really keep a secret. While Microsoft may have wowed us with an Android phone almost out of thin air, we would be surprised to see Google pull a similar stunt. Come October 15th, we expect any surprises to be small. Google's not exactly known for its sleight of hand or misdirection, and while the company has clearly changed its marketing approach to deal with the realities of a modern supply chain, I don't subscribe to the "willful leak" conspiracy theories. (Pixel Ultra, anyone?)

Regarding Essential: A letter from the Editor-in-Chief