With Android 10 out and about on release, we're now waiting on Samsung, the world's largest producer of Android smartphones, to update its phones' software based on the new OS version. We typically expect the company to run a beta program in the fall and, according to SamMobile, this will be the case again.

A reliable source has told the outlet that devices in the Galaxy S10 and Note10 series will be able to access an Android 10 beta program from around the start of October. After an announcement, U.S. devices will get the first opportunity to participate followed by some European devices. You'll likely see an announcement before the end of the month.

Samsung made a quick deployment last year out of Android 9 Pie and its then-new One UI for the Galaxy S9, launching its beta in November and releasing a stable update for certain EMEA countries on December 24. The U.S. had to wait an extra month for a final image.

One loose knot to tie up — T-Mobile, which had recently posted that it was testing Android 10 updates for the S10 and Note10, has now reverted those devices back to the "development" stage, squaring the bulk of the work on Samsung.

An official Samsung Community moderator from South Korea, whose forum title roughly translates into "Beta Operation Manager," has announced that an Android 10 beta featuring the new One UI 2.0 user interface is to be released imminently. The first phones scheduled to receive the beta will the Samsung Galaxy S10e, S10, and S10+. A separate future announcement will be made in regard to the S10 5G model.

There is still no specific launch date provided for the beta program and the infographic below merely asks the members to wait "a little bit more" because Samsung wishes to release the most stable build possible. 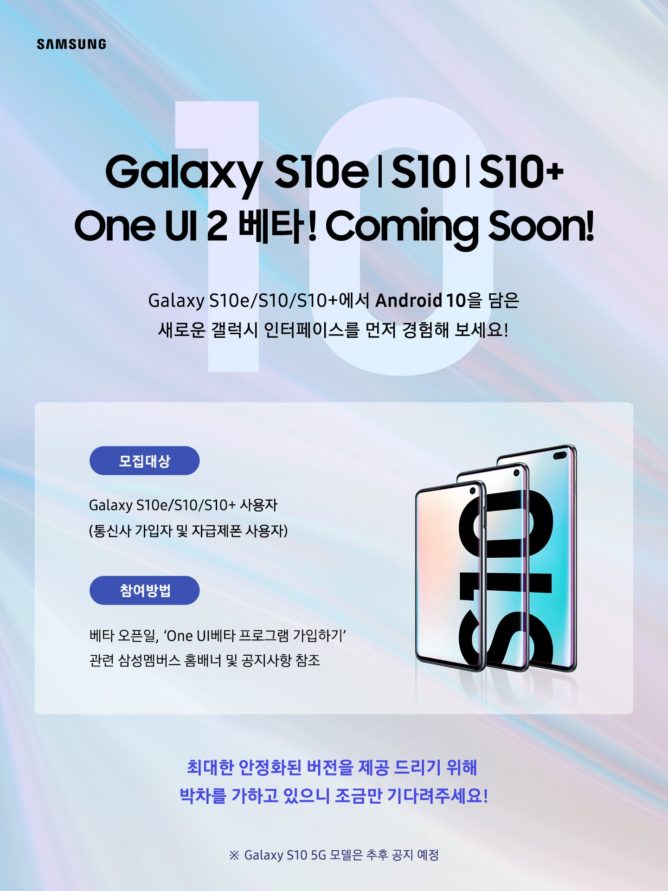 After launching first in South Korea, a US release is hopefully not too far behind.

Well, we were just wishing for confirmation of Samsung's US beta plans — ask and ye shall receive. The company has posted a US beta teaser, aimed at GS10 users on Sprint, T-Mobile, and unlocked handsets. 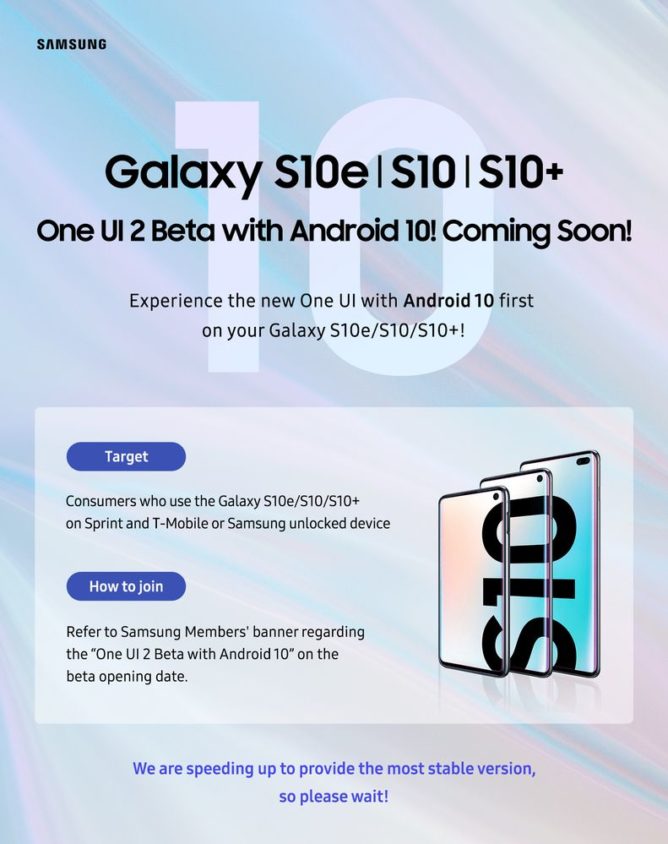 The Xiaomi Redmi 8 is a modest improvement on the 8A, launches in India October 12