In the market for a new charger with enough oomph to power your laptop? Anker's got you covered. The PowerPort Atom III can push up to 60 watts, just one watt shy of Apple's standard MacBook Pro charger. At a sale price of $28, though, it costs less than half as much.

The Atom III is one of those gallium nitride jobs, meaning it's smaller and operates cooler than many other chargers with similar power. It normally runs about $40. The discount is part of a larger Amazon sale on Anker accessories that also includes stuff like USB cables and power banks. 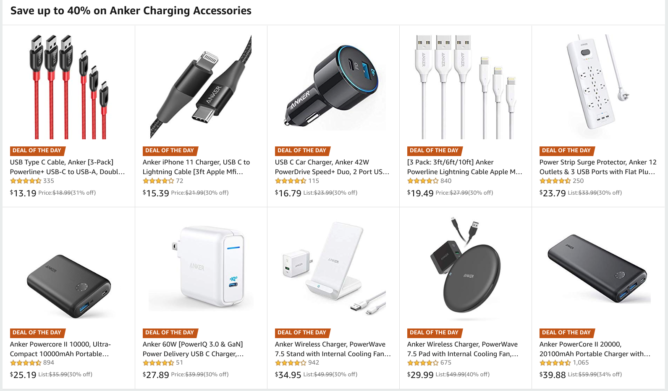 Items for sale include:

The sale is only for today, October 9, so head over to Amazon in the next 16 hours or so if you want to pick any of these up.