While it took months, or even years to see adoption for various features and design language changes, support for dark theme in Android 10 has been moving along at an incredible rate. There are still plenty of apps to go, but it seems like a new one is popping up on the radar at a rate of two or more each week. Now it looks like YouTube is joining the fray, albeit cautiously, as reports are starting to come in that a few people are beginning to see dark theme applied automatically on their devices. 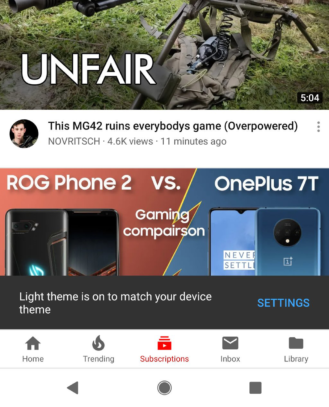 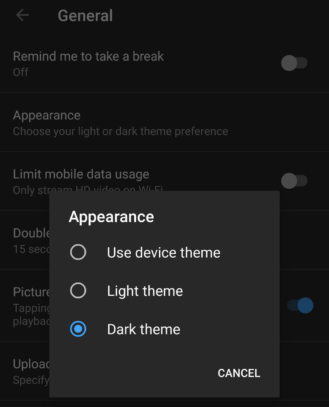 YouTube is allowing users to set the theme to either follow along with the system setting or lock the app into either the light or dark theme. This is great if you switch between themes often but don't like how a certain theme looks in a particular app. More apps should offer this option.

At this stage, the option to use the device theme appears to be a server side switch, so it won't appear simply by updating to a new version. Although, text for the new options and notification message first appeared in v14.38, so you'll probably need that version or higher if you haven't already updated.