Banning problematic users from online games and services is nothing new. Accounts are often banned for violating terms of service, community guidelines, or outright cheating. A group of Pokémon Go players believe that they have been banned for a less conventional reason—using a Xiaomi phone.

A recent thread on the subreddit r/TheSilphRoad claims Niantic is mistakenly banning users with Xiaomi devices who have done nothing wrong. Many players speculate that anti-cheating measures built into Pokémon Go are misidentifying an app or system process that is unique to these phones. It sounds like the ban issue may only affect certain devices (like the Redmi Note 5) built by Xiaomi, but this has yet to be confirmed. 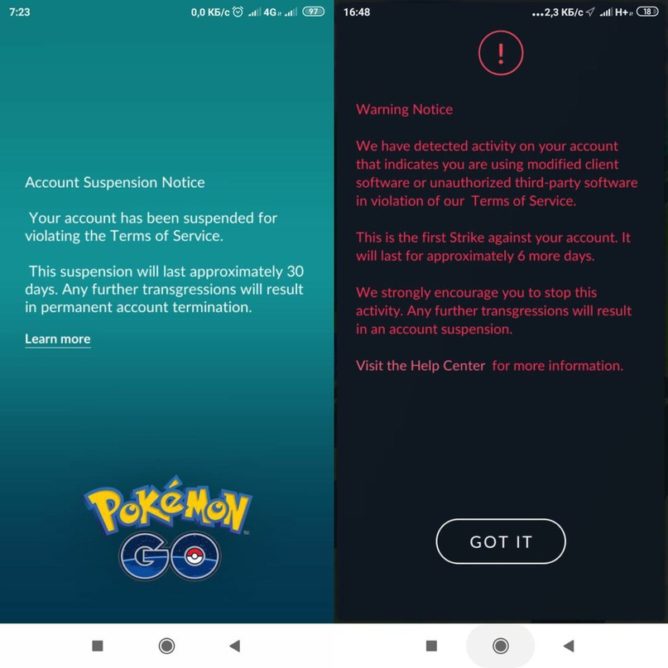 Users have reported bans ranging from 30-day suspensions to permanent account closures. Niantic, the developer behind Pokémon Go, has yet to respond to user appeals or issue a statement on the matter.

Niantic has issued a statement regarding its investigation into these bans. The developer has yet to resolve the underlying problem, but it is investigating reports linking the bans to Xiaomi's GameTurbo feature. Resulting punishments and account strikes are currently being revised.

As an update to our investigation into players using Xiaomi devices, we are continuing to investigate these reports, and revising punishments and Strike counts where appropriate. Thank you for your patience. https://t.co/W8ZYbKYlnR