In general, phones are becoming more expensive, fragile, and difficult to repair. No device is more emblematic of these trends than the Galaxy Fold. After a months-long delay, the Galaxy Fold has once again gone on sale in the US. The repair experts over at iFixit have already managed to tear one of these redesigned units down to determine what has been changed during the extended delay. 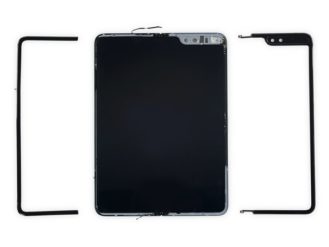 Despite a recall being issued for all first-iteration Galaxy Fold devices, iFixit managed to obtain a unit for review. However, Samsung pressured the site to remove its initial teardown. In this first teardown, which can still be found via Archive.org, iFixit provided its typical in-depth hardware examination while offering recommendations as to how Samsung could improve the device's design in future iterations. 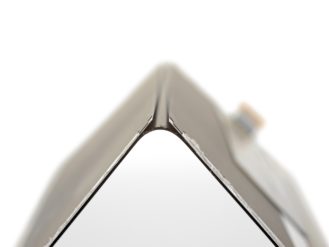 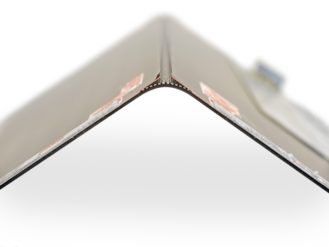 Samsung seems to have reached similar conclusions when redesigning the Galaxy Fold. Many review units suffered from small pieces of dust and grit making their way into the device's inadequately protected display. As can be seen in these images, the Galaxy Fold's hinge has been reinforced with a flexible metal mesh that iFixit likens to "chainmail armor." This mesh layer, which replaces two discrete metal plates, spans the width of the entire display panel in an effort to better protect that infamously vulnerable hinge. Adhesive tape, covering the outer spine of the hinge mechanism, now serves as an additional barrier against particulate matter making its way into the device's inner workings. 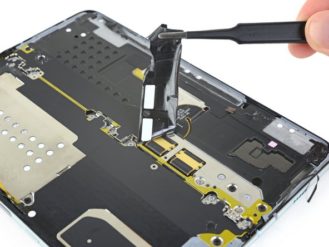 Other changes are more externally apparent. Samsung has extended the protective screen layer (which was previously mistaken for a removable screen protector) to the edge of the display. Plastic caps and flexible gaskets now fill the previously empty area at both edges of the display. 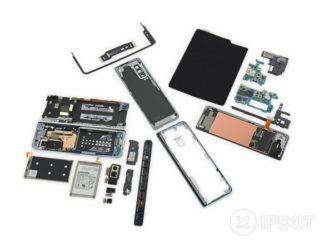 The teardown is full of insights into the engineering feats that were necessary to bring this first folding device to market. However, iFixit still found the device to be lacking with regard to repairability. Many components were glued in place and required the use of potentially harmful solvents to be removed. While Samsung has made efforts to better protect the Galaxy Fold's display, the overall design of the device remains largely unchanged.