Google has struggled to devise a new navigation system for Android over the last few releases. No one much liked the two-button design from Pie, and the new full-gesture setup in Android 10 has its critics, too. However, a leaked copy of the Google Mobile Services (GMS) agreement for OEMs suggests you'll be seeing a lot of Google's gestures on upcoming phones. Google will apparently require OEMs to bury their custom gesture navigation systems in the settings in favor of the stock implementation.

Back at I/O 2019, Google announced that it would support its new gestures and the three-button nav bar going forward. It didn't rule out OEMs having their own custom gesture navigation—device makers like Samsung and OnePlus have taken a swing at full gesture navigation on Android Pie while Google fooled around with the two-button setup. Google will indeed let OEMs keep those navigation systems, but there will be some restrictions. Notably, devices shipping with Android 10 will need to have either classic three-button nav or Google's gesture navigation enabled out of the box. That makes it sound like the two-button "pill" setup is effectively dead. 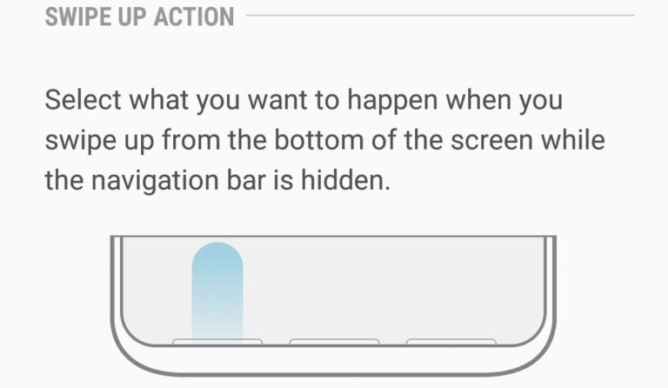 Phones often let you choose your navigation options during setup, but Android 10 will allegedly clamp down on that. Phones won't be allowed to offer custom gesture navigation as an option in the setup wizard at all. So, you'll probably be able to turn on Google's gestures, but something like Samsung's swipe-up targets (see above) will only be available if you dig into the settings. The companies that have invested resources into designing other navigation systems will probably chafe at the restrictions, but this will probably make navigation more consistent for users.