While other apps recently celebrated download numbers surpassing billions, Android Auto only reached the milestone of 50 million installs on the Play Store yesterday. That's still an impressive number for an app that only works with a limited amount of car entertainment systems and that doesn't come pre-installed on most Android phones, unlike the 'big' Google apps such as Gmail, Search, or Calendar. 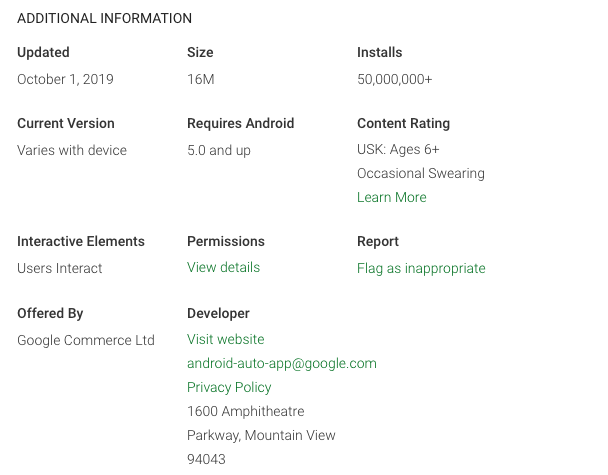 The fact that the app is deprecating the native smartphone view in favor of a 'Google Assistant Driving Mode' probably won't help it raise its download number further since fewer people are going to be able to take advantage of it. Still, this summer's big redesign of the car interface forgoes the dusty previous UI for much-improved usability, so some curious souls might have tried Android Auto in their car's dashboard for the first time recently.