Yesterday, Oppo tweeted a pair of ads for ColorOS, the company's take on Android, that were absolutely fascinating. The low-budget English-language spots saw users of Oppo phones waxing poetic over ColorOS, talking about it like a romantic partner — an already uncomfortable premise amplified by just how poorly crafted the videos were. This morning, the videos were deleted — but you can bet your bottom dollar we saved them.

The first ad opens on a couple at a strangely-lit restaurant, drinking the world's least fizzy champagne. "I always loved him, you know?" the woman says, evidently about another man. She goes on: he makes her feel safe, she can tell him anything, he's protected her from being harassed (yikes).

"Who are you talking about?" the man across from her exclaims, trying his best to convey an emotion we can assume from context is meant to be anger.

The second ad is possibly even stranger. The same pair of actors are now in an office; the woman sits behind a desk while the man clumsily describes an affair with his secretary in a supremely fake southern drawl. The woman — who looks to be the man's superior in this scenario — is apparently intrigued. But you guessed it, he was talking about ColorOS the whole time.

Everything about the videos — their use of gendered pronouns to describe software, their strikingly crude performances overdubbed with equally bad voice acting, their very concept — is outright bizarre. Taking them down was probably the right call. 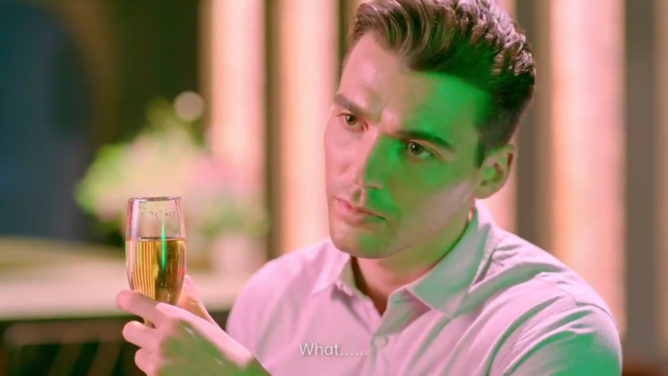 How did any of this happen? Who was left unsupervised at Oppo's marketing department this week? We don't know, but it's safe to assume someone received a stern talking to.

Google celebrates Halloween with a cemetery for its dead products