Google is constantly working on improving and tweaking Chrome, and the best place to witness changes before they're finalized and ready for everyone is the developer preview version, Canary. One of the recent features to come to the browser on desktops is Tab Strips. When you activate the correct flags linked to it on v79, an extra button appears in the toolbar. It lets you enlarge the tab overview and see thumbnails of the websites you're browsing. 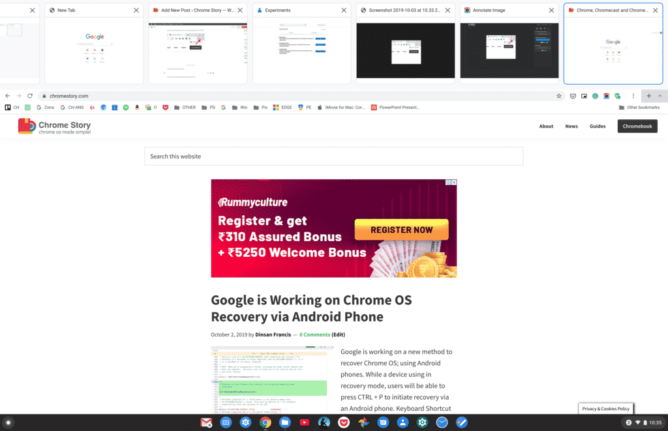 To activate the thumbnails, head to chrome://flags and search for "strip." Three entries called WebUI tab strip, New tabstrip animations, and Scrollable TabStrip should show up. Activate all of them, restart your browser, and you're good to go.

The new option brings Chrome's desktop version more in line with its mobile counterpart. The latter is currently rolling out a redesign that forgoes the rolodex-like tab switcher in favor of a two-column layout that shows you more thumbnails at a glance. 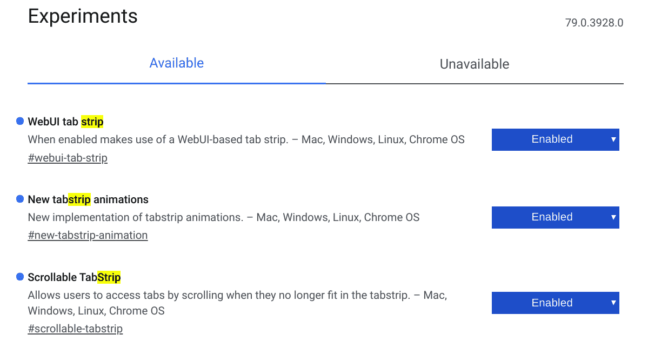 Enable these flags to get the new interface.

Mind you, these tab previews aren't a new thing on desktop computers at all. Opera has had a variation of them for a long time, and Microsoft Edge's implementation of the feature looks very similar to Google's experiment; it also has a button that lets you expand the tab bar for previews, but it's sitting right next to the new tab button on the tab strip.

To access the thumbnails, Chrome has a button in the toolbar while Edge has one next to the new tab button.

For now, I couldn't replicate the thumbnails on my Mac machine since my Canary build is missing the WebUI tab strip flag. The feature might be rolling out to Chrome OS users first, but either way, it should show up for everyone using the developer preview eventually.

[Update: Orange, more angles] First press renders of the Pixel 4 and 4 XL confirm what we ...