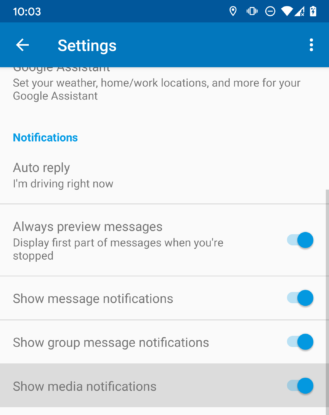 There's a new toggle called "Show media notifications" in the settings page under Notifications. After a bit of testing and suggestions in the comments, it was confirmed that this setting controls whether or not you'll see notifications appear on the screen when a new song begins playing or some other type of audio app has something to share.

As the number of apps on a platform increases, so do our frustrations at the number of apps on the platform. Yes, you read that right. The same thing happened in the early days of Android Wear — too many apps were automatically installed to watches and they became burdensome as the novelty wore off.

Android Auto users have complained for quite a while about apps that either clutter up the old category selectors, like Telegram appearing in the list of music/audio apps, or any mostly unused apps appearing in the new launcher screen. It looks like something may finally be done to give users the control they want.

New resources reveal that an interface is in the works that will make it possible to selectively show or hide apps so only the ones you use will appear in the launcher. According to the current text, this will be described as choosing which apps show up in Android Auto. Notably, one line seems to suggest you will have to unplug and then reconnect your phone after making changes before they take effect.

Looking over the primary layouts for the selection screen shows that we'll get to choose apps from a vertical scrolling list with the app icon and name, plus a checkbox on the right side. Unfortunately, it's not clear if this will actually allow us to hide default and non-app entries in the list, like the Phone app or Google's News and Calendar shortcuts.

I'm very excited for this. See that screen below? Half of it needs to go. I don't want to scroll to get down to my podcast player, I don't want to even take a moment to remind myself that the Honda icon is entirely useless, and I'd rather not waste space with Calendar or News. Oh, and that row you can't really see, there's only one app there I would keep. Yup, six apps should just about cover it, and I think most drivers feel the same way. 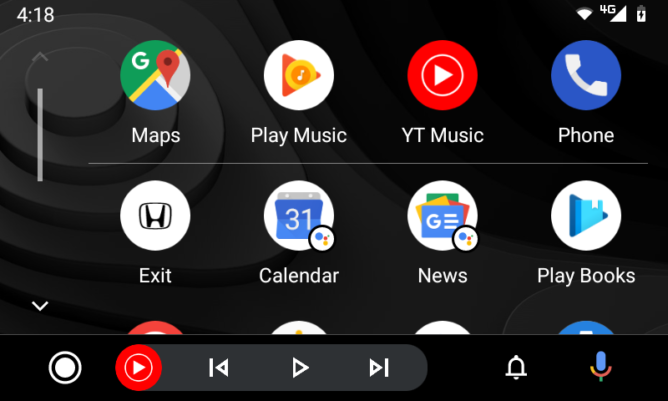 Google celebrates Halloween with a cemetery for its dead products