Google has updated many of its apps with dark themes, with Gmail being the most recent entrant. It looks like the Play Store is, at long last, receiving a dark theme of its own. Like Gmail and other Google apps, the Play Store's dark theme is a dark grey, and it looks pretty nice. 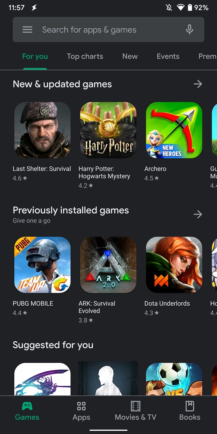 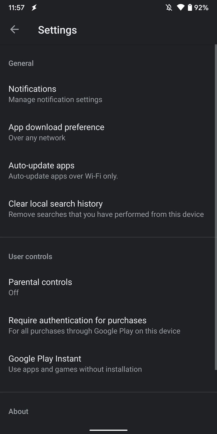 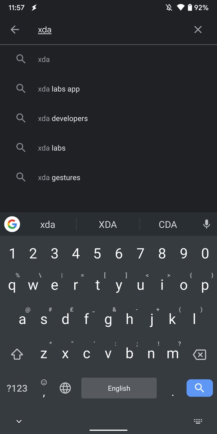 As you might be able to tell from the screenshots, the Play Store dark theme was first spotted by XDA. Although XDA often messes with APKs to get them to show unique or unreleased features, it appears that this one was simply the result of one of Google's famous server-side tests. 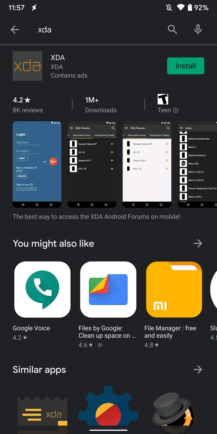 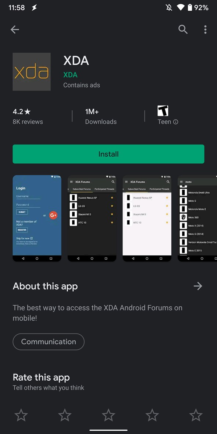 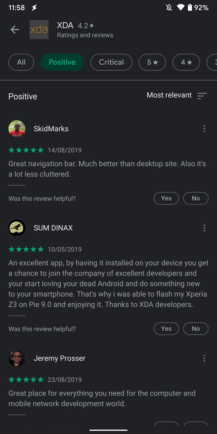 The subject in question was a Pixel 2 XL running Android 10 and version 16.6.25 of the Play Store. The system-wide dark mode toggle was enabled in settings, but there was no third-party theme installed, and the force dark mode developer option wasn't checked. This seems to be a limited rollout thus far, but hopefully we see it sooner than later.

Google Play's dark mode disappeared for most users a few days after it showed up. Now, it's rolling out again and seems to be more widely available. Thanks, Kieron, Tony, Sebastien, Wim!